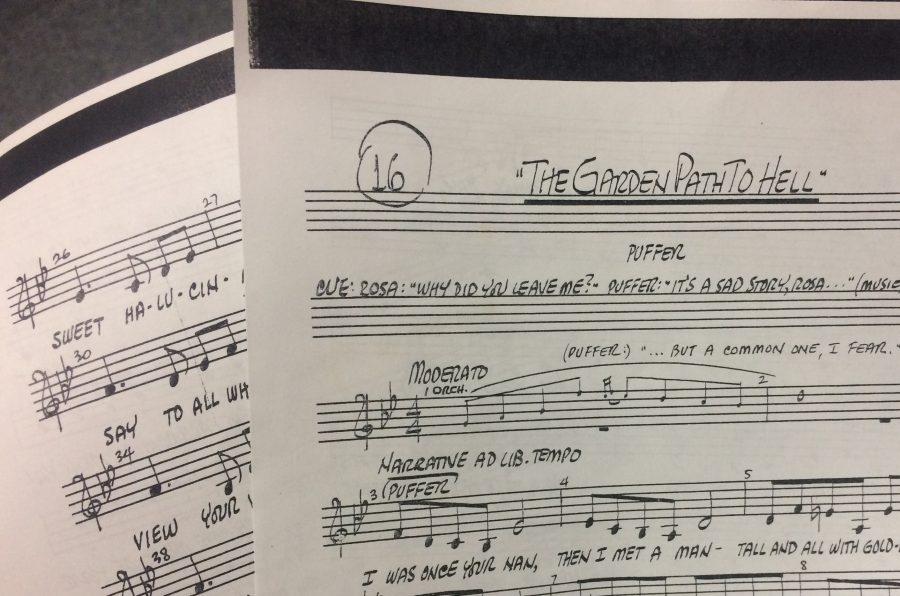 Auditions for the Musical The Mystery of Edwin Drood are fast approaching on Monday, Dec. 19. Drood is a comedic, Victorian murder mystery in which the audience will choose “whodunnit” at the end of each performance, soliciting a different ending for every verdict. While no doubt a demanding show, HB performers are up to the task, and we’ve compiled a list of audition tips to help.

1) Be comfortable acting while singing.

How? Practice! This year’s audition songs, which are assigned according to voice part and not chosen by the student, include some emotionally packed pieces. The sopranos will be singing Rosa’s Lament, in which sweet-hearted Rosa reveals her sinister insanity, describing to the audience in song how she pulled off her murderous plot, (one of the many endings) complete with deranged laughter. Make facial, physical, and dynamic choices with your body. Your singing can’t detract from your acting, but you can’t neglect your vocal technique, either-it’s a fine line to walk, but the only way to master it is belting it out in the mirror.

By weaning yourself off of artificial energy like coffee and replacing it with water, you not only prevent the dry, strained effect on the voice that coffee can create, you are essentially oiling it to perfection. By eating healthy food, you ensure that your body is thriving off of vital nutrients instead of trudging on sugars and trans fats, which will eventually make you crash. You want to feel great on audition day in order to perform to the best of your ability.

Arms look better covered on stage–wear sleeves. Make sure your clothes give you a good range of movement and don’t restrict freedom of breath in any way. Skirts can also restrict movement- leggings sometimes help, but under stage lights, they can be transparent. Bring a sweater to put on and remove as needed, it will keep you comfortable and prevent some jitters. Last, don’t dress for the character you want–it comes across as heavy handed and the directors will notice.

Everyone has nerves, and an easy way to tackle those nerves is by practicing with people with whom you are comfortable. It’s important to feel more excited than nervous. Singing in front of a non-judgemental panel of pals will condition you to expect eyes watching you while performing. You’ll be challenged to keep focused during the shakiest parts of your song and monologue.

5) Find the best version of the monologue you selected for your audition online and study it!

Borrowing the best choices from other performer’s renditions is not taboo. Auditions don’t often lend a whole bunch of time for preparation. Do your homework, look at different versions of the song on YouTube, make decisions about your character, and get practicing. Synthesize the choices that speak to you: what about a certain performance moves you? What doesn’t? Identify those, and then decide on your own dramatic nuances as well.