Stars off the stage 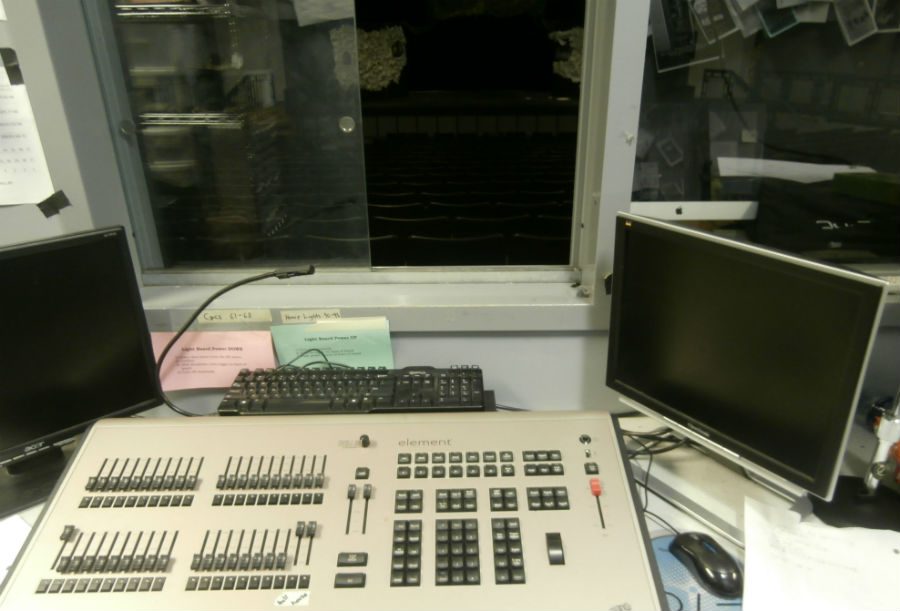 Now that Hollis Brookline’s production of Alice: Through the Glass has drawn to a close, those who participated start to relax, knowing it will be a few weeks before preparations for the winter musical begin. The stage is cleaned off, the auditorium is empty, and in the very back, a small room filled with sound and light boards is left closed until the next production. This room is home to the largely unseen Tech Crew.

Tech Crew is responsible for “working with the [stage managers]… to design lighting and colors and cues,” according to Adam Wilcox, advisor of Tech Crew and Physics teacher at HB. The full crew only meets a few times a year outside of productions for training and practice; smaller groups meet for specific shows, such as Alice.

Additionally, the Tech Crew works with professional sound designer Mike Clark on shows. Clark, owner of ClarkCreative Recording Studio, has worked with HB for over ten years. His help adds a professional touch to the rest of the crew, including sound mixing during band and choir concerts. Unfortunately, Mike Clark could not be reached for a comment.

Dylan Silcox ‘17, who divides his time between the booth and the stage, has been involved in Tech Crew since freshman year. He says the goal of Tech Crew is to “not be recognized.” If the lights are still on while set pieces have to move, it takes away from the atmosphere – the world – of the play. The crew has to move quickly between the tech room and the catwalk with near perfect timing and has little margin for error.

Tech Crew, while unseen, is an essential part of any show. “If you don’t have Tech Crew, you have actors and maybe there’s a light in the room,” says Matthew Barbosa, choir director and co-director of the school’s theatre department. He adds that the crew provides another layer of aesthetic and clarity to productions. Without the crew, productions “wouldn’t be seen.”