Law and Order: HB attends “We the People” 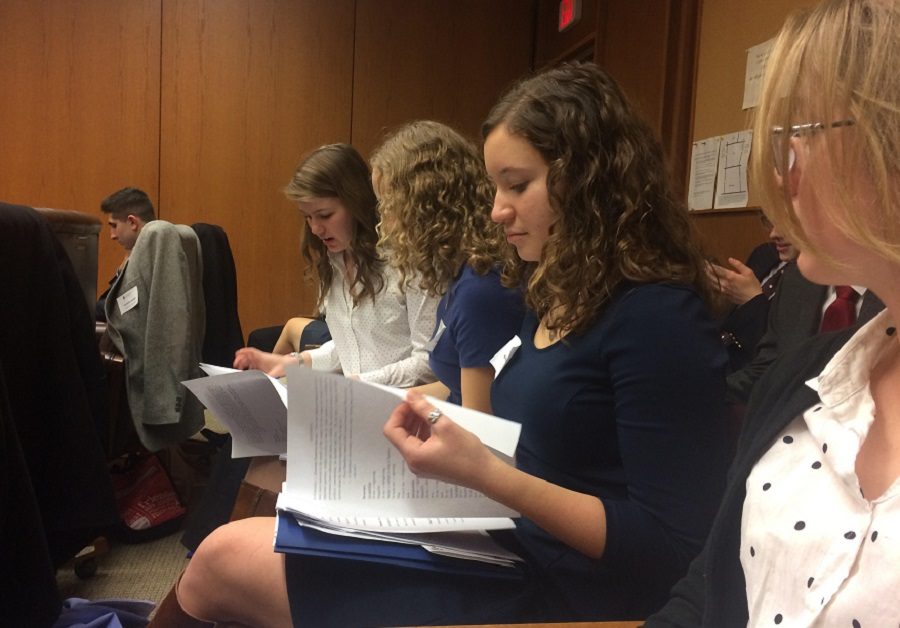 On Friday, December 9, 29 students from HB traveled up to the New Hampshire State House in Concord to compete in the “We The People” district hearing. Last Friday, January 6, 31 students had the chance to participate yet again. These driven students are currently taking the AP Government, taught by Trevor Duval, and have devoted months to practicing for the convention, where they faced off against other regional schools.

Three schools competed in the convention: John Stark, Milford, and Hollis Brookline. Each group prepared a hearing, which consisted of a presentation regarding a certain constitutional principle, to a panel of judges. Following the hearing, the students moved on to a six minute Q&A session, where the judges asked challenging questions concerning policy, political philosophy, and current events. “It was definitely much more laid back than I thought,” said Will Cantella ‘17. “The judges were there to help us with our understanding of law rather than to criticise us.”

Drew Gillis ‘17 was eager to participate in his second convention of the year. “I was most looking forward to the fun that comes with debating,” he said. “Having the judges was a really interesting aspect. The hearings are very professional. I think that [the convention] is definitely a great way that our school encourages us to become involved in government and shows that we have a say in topics we feel strongly for or against.”

After observing both competition days, Duval was very impressed with the work his students put into the competition. “The students were nervous at first, but I felt they were well prepared overall,” he said. “Most important, they definitely demonstrated what we learn in AP Gov.”

Not only was the convention a class activity, but it also proved to be fun for many of the students involved. A prospective lawyer, Sarah Crocker ‘17, enjoyed both AP Government field trips: “I loved being a part of the ‘We The People’ competition because it is a way to be engaged in our government, while also learning about both the constitution and our rights as U.S. citizens.”

As for the results of the competition, Milford had the overall best performance, securing them a spot in the national convention. HB will find out how well students fared at the end of this week when the judges’ score cards are sent out.