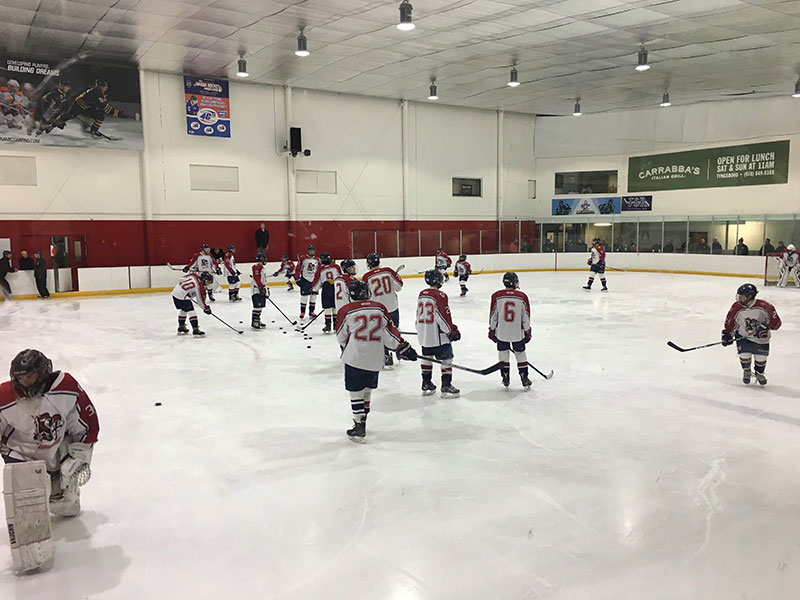 The Warriors warming up before a game.

Last season, the Hollis Brookline-Derryfield School hockey team went winless. They were a young team in a division full of strong hockey programs. The team’s main problem was defense, which lacked depth and led to allowing the most shots on goal in Division II. The future looked bleak for the Warriors.

In the offseason, the team made two key changes. The first being a big move down to Division III. The other change? The promotion from assistant to head coach of Rindress “Rhino” MacDonald. In addition, there are seven freshmen on the team this year, which is a great sign for the future of the program. Among them, Nick Dapolito ‘20 has played a key role so far this season, already having had two multi-goal games.

Another player making big contributions on the offensive end is captain Sam Poisson ‘17. Through the first three games of the season, Poisson accounted for every goal scored by the Warriors, either by means of shot or assist. His unmatched speed on skates is what figuratively and literally sets him apart from the pack, and has led to a few breakaway goals this season. In the team’s first win in two seasons, the same game that sparked their current win streak, Poisson had himself a hat trick–a coveted feat in the game of hockey.

But why so much recent success? Hot off an unprecedented 3-game win streak, Patrick MacDonald ‘18 of the Warriors has the answers, “We play well as a team. We started to get to know how we play together, kind of getting familiar with the ice. We’ve had some solid goaltending and the puck has been going into the back of the net on the other side and that’s all that we can ask for.” Poisson took a slightly different approach, saying, “A big part of it was getting that first win to restore the morale of the team after last year. After that we went into games with more hunger to win.” Whatever the boys are doing, it’s working well.

HBDS’ running of the table has not only gotten the team excited, but has drawn some attention from HB students and is beginning to create a fan base. However, before the wins, there was one group of fans from the class of 2018 who were by the Warriors’ side through thick and through thin, attending every home game last season despite seeing HBDS lose time and time again. Among them, JP Blasi ‘18 states, “It’s a relief. Me and my friends supported them for a long time, but it was always hard to watch. They were getting skinned alive game after game. Now that they’re winning, it’s a great environment at the games and makes you happy for the players.”

The next step for the HBDS Warriors? To MacDonald, this is to, “Make it into the tourney and give it a run for the money.” This might seem like the obvious answer to some, but perhaps ambitious to those more familiar with the program. However, with the season nearly halfway over and going as well as it is, there are reasons to believe that they could be setting themselves up for their first ever playoff push. 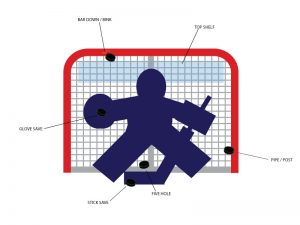