Honors Choir on tour, day 1: song and dance with the cast of Broadway’s “Aladdin” 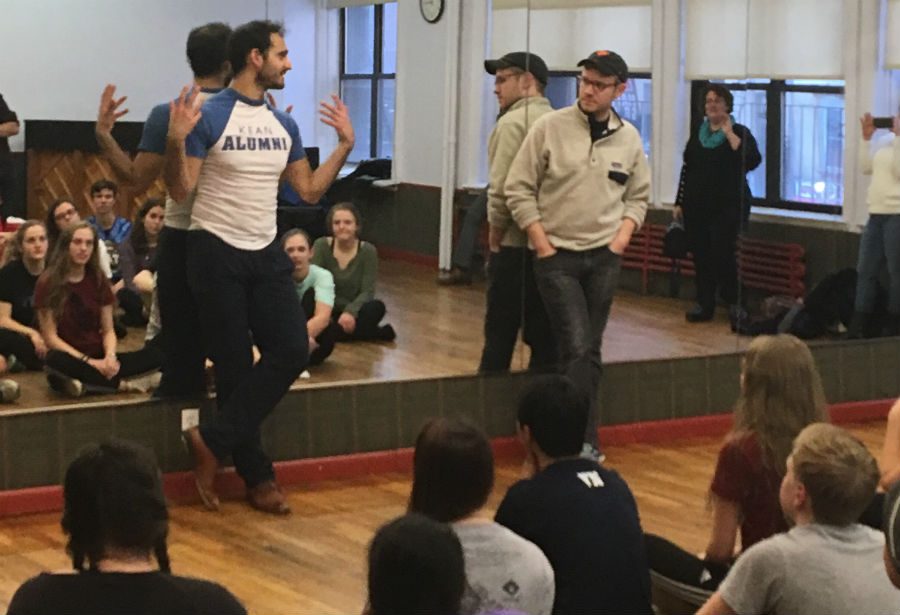 As soon as they entered the city, they headed to a building full of small rehearsal spaces. In one room, they received a vocal coaching from a member of the Aladdin team, learning how to sing the Broadway arrangement of “Arabian Nights.” After that, they moved to another room where they learned Broadway-level choreography straight from that same number, from a member of the cast who played a principle supporting role.

“The choreography was super fun. From a dancer’s perspective, there isn’t a lot of dancing in theatre, so when you get to learn the dance and put it with the music it’s a totally different thing,” said Vivian Provost ‘18.

They then had dinner at HB Burger in Times Square with members of the ensemble, where they got to ask them questions and chat about life in the performing arts. The night concluded with seeing these newly-made friends shine in a showing of Aladdin.

“[Meeting the Broadway cast members] was so fun. Not only did we get to see their personalities and hang out with someone with actual theatre experience, but now that we’re watching their show it’s going to bring a whole new perspective to it,” said Kyle Chrystal ‘17 prior to the show.

This is the first installment in a series narrating the Honors Choir trip. Be sure to stay tuned for further updates!