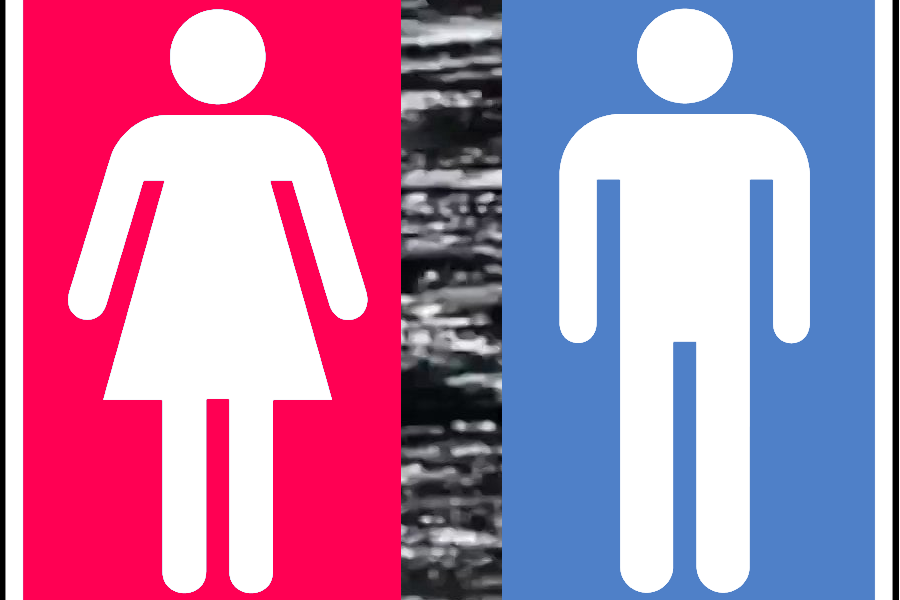 Gender-neutral bathrooms are coming to HB.

Hollis Brookline High School may receive one of its first structural changes in a long time. Student Council’s next major project for this year is to create a single, gender-neutral restroom out of two previous gendered ones.

The bathroom would be potentially created from the teacher bathroom in the third floor choir hallway, according to Caitlin Ross ‘17. Ross is the leader of Student Council’s movement to implement a gender-neutral bathroom. Student council has discussed creating a policy to be written by the end of March for school board review, and will be modeled after Oyster River High School’s policy on which bathrooms students are allowed to use. “We want to make sure that students, mainly transgender students, but everyone can use it [and] have the option to express their gender identity in a safe community,” Ross said.

Oyster River High School in Durham was one of the first on the Northeastern coast to adopt a policy specifically addressing bathroom usage for transgender students in September 2015. This set off a subsequent chain of districts defining the rights of transgendered students, and among them, the addition of gender-neutral bathrooms to their high schools. The HB Student Council, in turn, intends to implement a similar plan.

Some people might be resistant to the new change; why adopt a policy that would help so few people? In May of last year, a school-wide series of debates over which bathrooms transgender students should use shook Chester, Vermont’s Green Mountain Union High School. The conflict started with the usage of a men’s restroom by a transgender student, insisting that the simple right to use his preferred restroom made him feel more comfortable in his own identity. The debate between students pro- and anti-gender-neutral bathrooms there continues to ensue.

A gender-neutral bathroom established in HB may help transgender students feel the comfort without the confrontation that using a gendered restroom brings. If such a change can so greatly improve the mental well-being and mindset of any population of students, even a very small one, then isn’t the change worth making? Wouldn’t it be better to implement this addition now before the school’s acceptance of transgender students falls under a more mainstream, critical spotlight?

HB’s attitude towards transgender students continues to be one of progression, and this next addition intends to continue that trend.