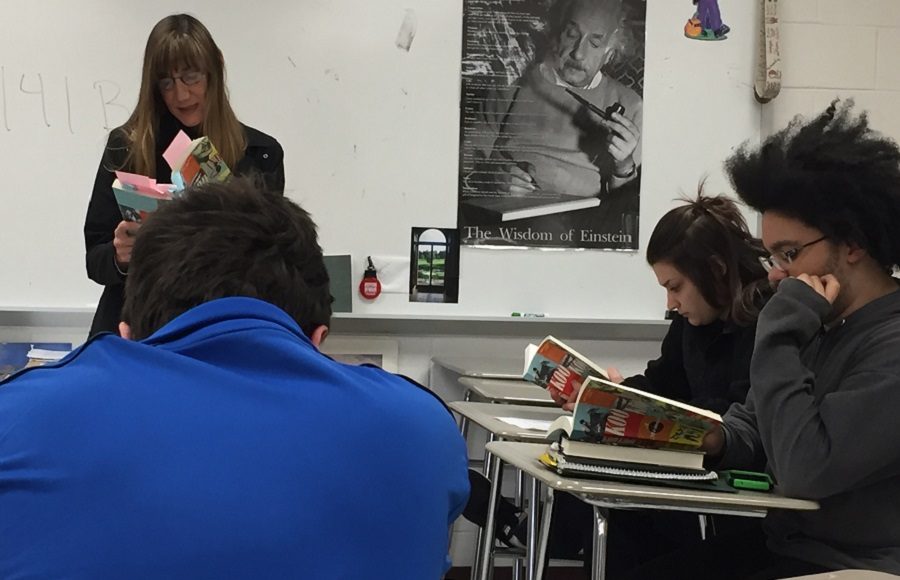 It began when English teacher Ann Melim was reading Kookooland and realized she had a question about a certain part of the novel. She decided to email the author, Gloria Norris. The two began a conversation that culminated with a visit from the author on April 10.

Melim’s first period Memoirs class, having just finished Kookooland, sat transfixed as Norris read one of their favorite passages from the book. They then had a Q&A session where the author answered many insightful queries posed by the students.

Kookooland is Norris’ memoir in which she depicts her life growing up in Manchester, New Hampshire under an abusive father and in proximity to a string of murders that shattered her adoration of a family close to her own. After such a scarring childhood, she told the class, it was a miracle that she had gone to college and succeeded in creating a fulfilling career and life for herself. She cited perseverance as one of the biggest themes in her book.

“Be fearless,” she said to the students. “Be absolutely fearless.”

Norris loves to tour with her book and takes pride in using her novel as a way to impart courage to all those she speaks with.
“We all want a better life, and I think right now a lot of people are feeling dismayed at where things are…so it falls to younger people to really be involved and to care about the world around them and other people,” she said. “We all are on this planet together. We have to care about each other and work toward making things better, and I think that’s my mission with the book. It’s a book to bring people together, a book of healing.”
Melim’s students were overjoyed to be able to speak with Norris. “It was really nice being able to have the author of a book that we read about her own life. We were able to connect with her easily and have personal conversations,” said Hunter Adams ‘17.

To find out more about Norris, visit her website at glorianorris.com.