Snow days: time off or time to worry about? 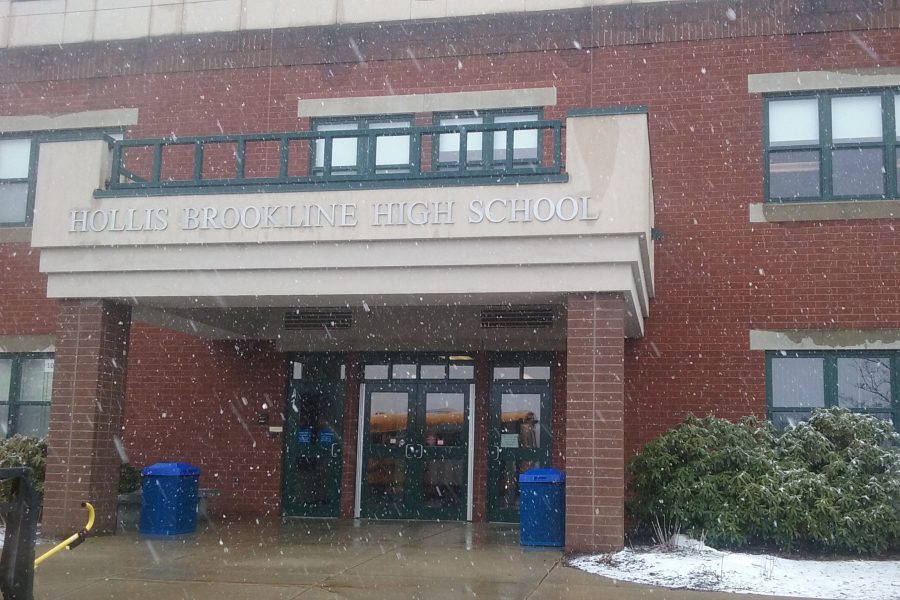 "The SAU 41 district has five extended summer days built into our district's release date. These five days act as buffers so that snowstorms don’t end up extending the school year too far into the summer. "

Most high school students hope for blizzard-like conditions to bring either a surprise vacation from learning or an extra day to put the finishing touches on an assignment. But the reality of a snow day, its logistics, and its results might be more tedious than students think. What if we were to have another winter like the one that just finally released its grasp on us?

Normally, schools have to add extra days to the end of the year for every snow day missed in the winter. The SAU 41 district, however, has five extended summer days built into our district’s release date. These five days act as buffers so that snowstorms don’t end up extending the school year too far into the summer. However, if the school receives more than five snow days, additional days have to be attached to the end of the year. “The year right now is scheduled to end June 20,” said seven-year HBHS Principal Richard Barnes. But as students have probably seen, the unexpected snow days add up, and before we know it, we’re over the limit of acceptable snow days.

Interestingly, the district does not get assigned as many make-up days as other high schools might at the end of the year because of the hours that the students and staff commit each year. “We go to school longer than any other school in the state,” Barnes explained. “Are you really going to learn less if you miss five days? HB students already work very hard, and attend school for so many extra hours, that the lesson plans are usually covered completely by our release date.”

Barnes also doesn’t believe that “Blizzard Bags” would be right for the district. “A Blizzard Bag is when X amount of students do an assignment online, and it counts as a day,” he clarified. Barnes stated that the problem with Blizzard Bags is that teachers wouldn’t know where they’d be in the course when pre-making the online assignments, and so it ends up being an extra task that they wouldn’t have to plan for otherwise. [Students] already do enough work anyway,” Barnes continued. “I’m okay with students having days where no work is assigned.”

The process of declaring a snow day can be extremely tedious. Amanda Zeller, one of HB’s assistant principals, explained that most staff find out that it’s a snow day when the students find out. “Snow days are decided by the Superintendent. He’s the one who makes the final decision.”

Calling a snow day is a weighty  responsibility, taking into account the needs of  parents, staff, and students that have to drive to school – all in the interest of  trying to keep everyone safe. Andrew Corey, Hollis Brookline Co-Op district’s superintendent, confirmed this, saying, “That’s one of the good parts and bad parts of my job, and that it rests with me.”

If there is already a foot of snow on the ground and it is expected to snow more, or the roads have ice, Corey deems it unsafe. He says that before a big storm, he’ll start watching the weather each day of that week, and then at around 3-4 a.m. on the day of the storm, he’ll communicate with the bus company and Road Agents. The Road Agents then communicate to the sanders and plowers, getting input on what they think in order to help make the snow day decision.

Corey further explained his process of what happens on a snow day. “Around 5 o’clock in the morning, I call our Director of Technology, and he is responsible for the Alert Now message. As soon as I hang up with him, I call the Assistant Superintendent, who tweets it, and the Director of Student Services is the person who calls the T.V. station and the radio station. Then Bob Thompson [principal of the middle school] and Barnes will get a text from me. Barnes tweets it again for his followers, and Thompson posts it on Facebook. I also call the local dispatch which puts it on local cable.” Corey also clarified that the media isn’t always necessary for communicating a day of cancelled school. “I would say the word is already spreading before it reaches T.V. or a radio,” he stated.

For students, it’s sometimes a rush to find out where the snow day results are in the morning, but the staff know exactly where to find the earliest posted results. “It definitely reaches Twitter first, out of all the media,” Zeller confirmed. “Twitter is usually way before WMUR. It’s fast and easy. ‘No school today!’ Bam! Done.” Barnes laughed and added, “That’s one tweet that gets the most shares and likes.”

In the end, the snow days don’t really hurt HB as a district. Because the school already exceeds the state’s expected hours, and has five days built into summer, students rarely have to make them up. However, students may be overlooking how hard our district’s staff works to get them to school safely to learn the curriculum in time for the end of the year.