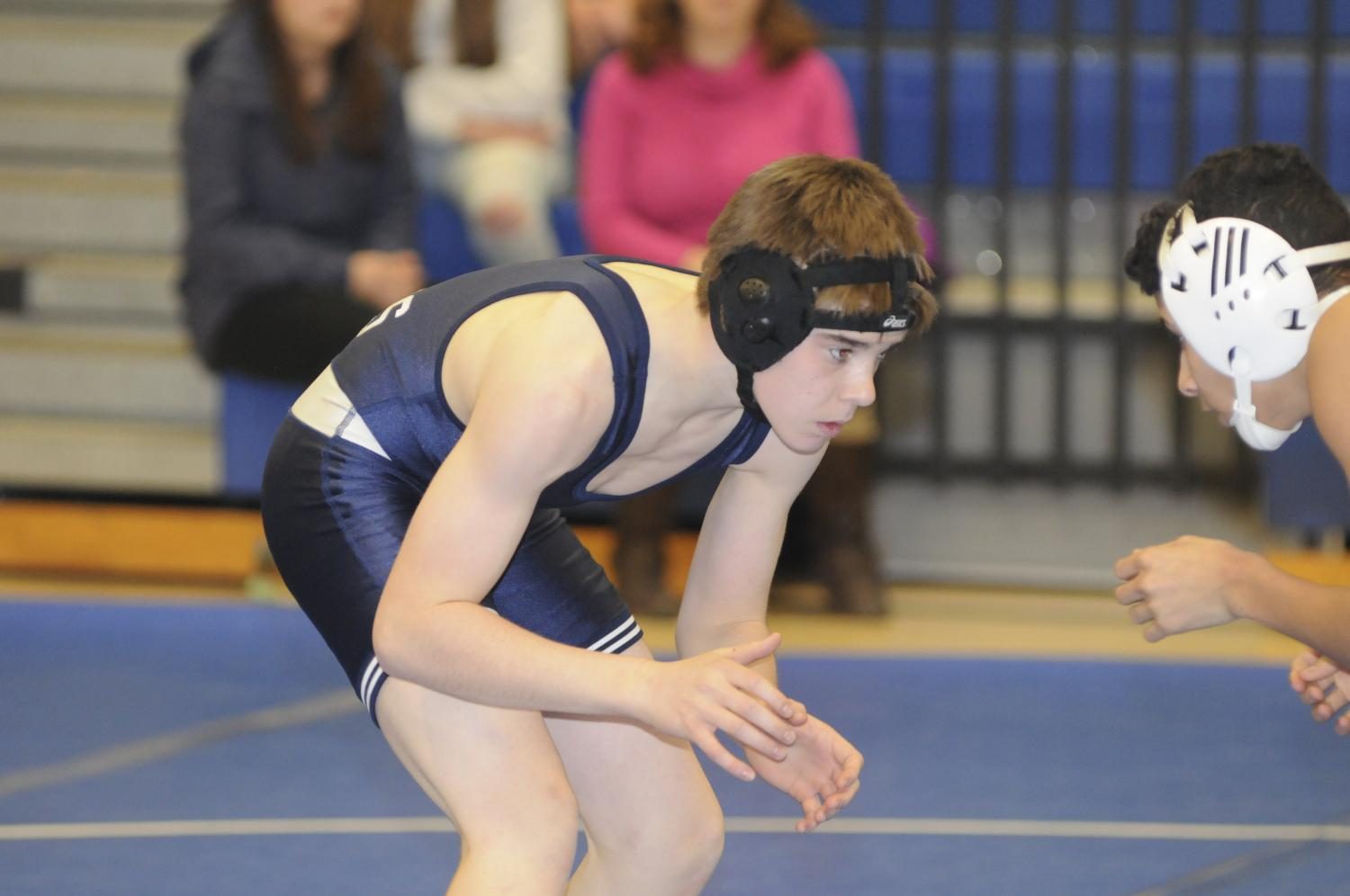 Cam Dreyer '18 mid-match this this past winter

The Winter Sports Awards Night was held on Thursday, March 23 at the Hollis Brookline Middle School. Over a dozen of the high school’s teams were present, ranging from the swim team to the bowling team. The Unified Basketball team was the first up onto the stage, with the head coach, Milton Robinson, giving a brief, but meaningful, speech. “This is probably the most fun I’ve had with a team in a while,” he said. “The team really bonded.”

One by one, the various teams stepped up to the stage, and players received personal awards, whether it was  MVP or Unsung Hero. Cameron Dreyer ‘18 was the recipient of the Most Improved Award for the wrestling team. He shot up two weight classes during this year’s season, and both he and his team were uncertain about how he would perform. “I performed very well,” he said. “I wasn’t sure how I would do, like jumping up weight classes like that is a big thing… but I guess since I got the award I did pretty well.”

Clement Sherwood ‘18, also on the wrestling team, received the MVP award. According to the team’s staff, he was the one that always showed up to practice, matches, and had the most dedicated resolve throughout. “I worked hard, and I guess they liked it,” he said.

The last team to step up to the stage was Girl’s Varsity Basketball, with head coach Bob Murphy delivering a handful of court memories. “When we played, we had a lot of support from the boy’s team,” he said. “They would do this thing where the clock’s running down, the other team has possession of the ball, and they’d just start to count down: ‘Ten! Nine! Eight! The girl with the ball just doesn’t know what to do!’”

Many awards were given out through the night, and the audience’s applause for the recipients was a consistent thunder throughout the event.