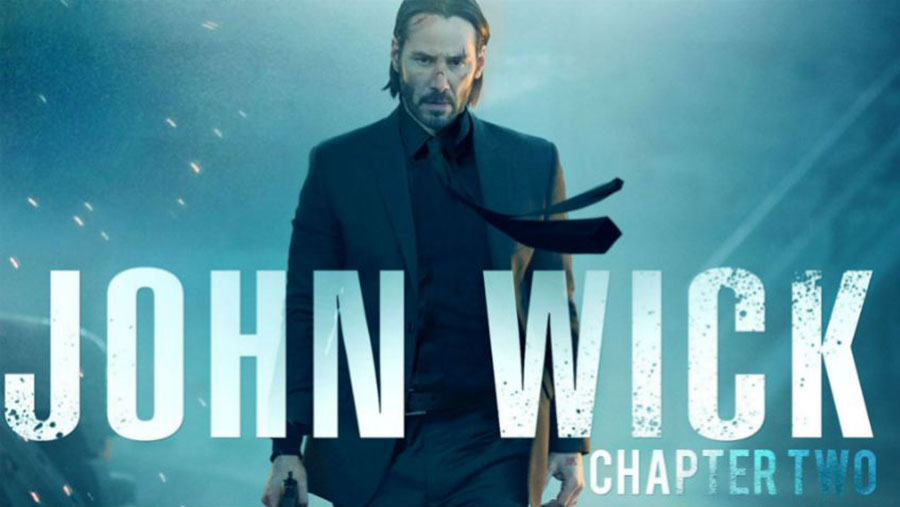 A review of the 2017 released box office move John Wick 2.

Hot off the heels from the explosive John Wick, John Wick Chapter 2 sees Keanu Reeves reprise his role as the titular former assassin seeking a life of peace only to have his hopes ripped out from under him. The films opening scene displays John Wick wrapping up a story element left open from the original with his signature use of “gun-fu”. “Gun-fu” is a fighting style used by Mr. Wick that involves the use of several different martial arts styles coupled with his exceptional mastery of firearms. Chad Stahelski and David Leitch also return to the franchise to both produce and direct this new entree in the John Wick franchise.

As a huge fan of the original film, I was pleasantly surprised with this new entry in this grade A action movie trilogy. Unlike some actors that show up and just recite their lines, Keanu Reeves has gone above and beyond the call of duty. He was seen training for months in advance in several different martial arts styles and with firearms. Reeve’s firearms trainer Taran Butler stated, “Keanu is a natural. He does a lot of martial arts training, and that helps with shooting.”

Throughout this feature film there is a strong buildup of suspense and action leading to a visually stunning final battle in a hall of mirrors. Both the film’s soundtrack and narrative have the audience hanging on the edge of their seats as they see John Wick battle impossible odds against a foe that at times seems even more dangerous than Mr. Wick himself. Visually stunning as well as an engaging story, John Wick Chapter 2 has cemented itself as an action movie that any fan of the genre must see.

As much as I loved this movie, I would not recommend this to those that do not enjoy explosive violence and gore which is seen throughout. Definitely don’t take the kids to see this one.