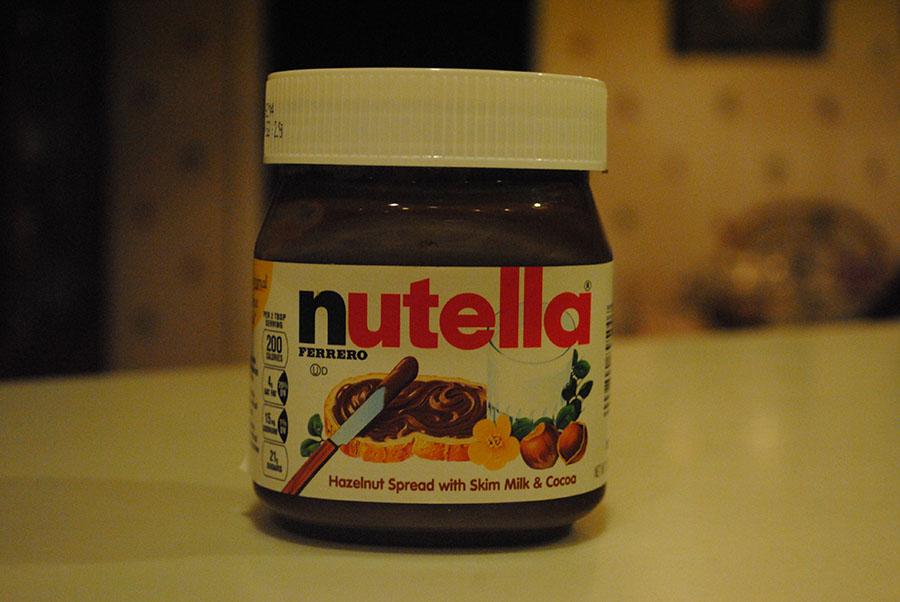 A tasty treat for every meal Photo credit Lian Tumas

In the past few years, Nutella has become a popular treat to put on almost anything imaginable. Hitting America in 2012 this product has gained popularity. Pictures of Nutella have surfaced and caught people’s eyes because of its resemblance to peanut butter, while tasting nothing like it. Skim milk and cocoa are two main ingredients that help give the hazelnut spread it’s high quality taste. Nutella is a hazelnut spread that tastes exactly like Ferrero Rocher chocolates.
Sydney MacLeod, ‘14, think that “Nutella is the best food ever created, it tastes like candy but has some nutritional health too.” Nutella has been around for decades but has become more popular because of the word of it spreading. According to the company, Nutella is “part of a balanced breakfast.” In a single serving size of 1 teaspoon, there are 95 calories, 5.5 grams of total fat, 10.5 grams of sugar and 7.5 grams of sodium. Though it may not be the healthiest choice to eat, it tastes amazing and will fill you up.
Lizzy Davis, ‘15, agrees with the popular opinion about this delicious treat. “Ever since I tried Nutella for the first time, I want to put it on everything. I love putting it on toast or on a banana for a snack or breakfast. It’s easy to buy and bring to school because it’s sold in the small containers with the breadstick to dip with.” Nutella is a tasty treat to eat at any time of the day. Kids can bring it to school for some extra energy and something to look forward to eating.
Since Nutella has blown up, people all over the world have put Nutella into many different types of desserts, snacks and drinks. Nutella Oreo truffles, Nutella ice cream, Nutella hot chocolate and Nutella cupcakes are just a few examples of how people have incorporated Nutella into all types of desserts. Adding Nutella into recipes is one way people eat it, it can also go in crepes or it could be put into a peanut butter sandwich. It is a versatile food that can be eaten plain or on something else. Fruit is a popular choice to pair with. It’s hard to find something that won’t benefit from adding Nutella to it.