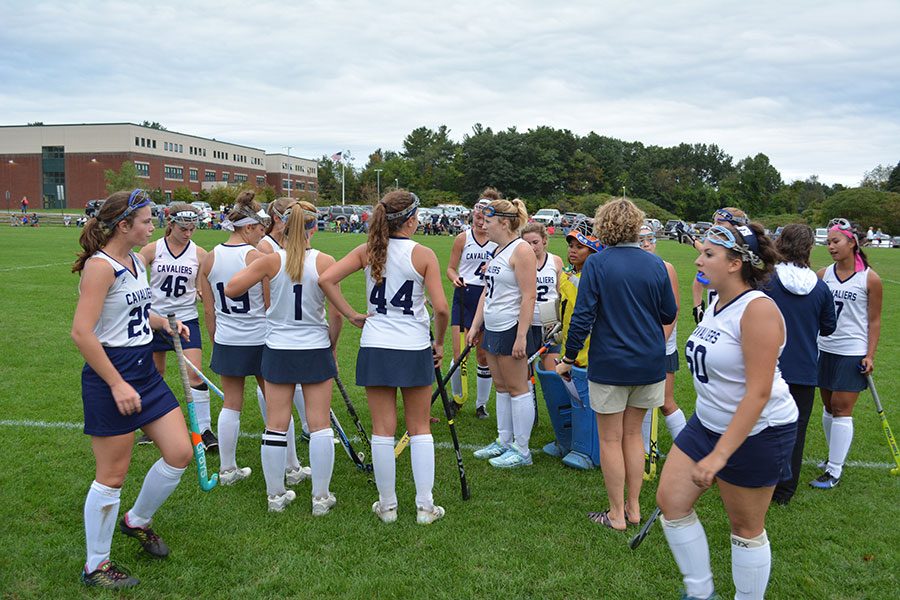 “The game against St. Thomas wasn’t an easy win at first, but it’s really the urgency and confidence of us as a team,” said by Grace Catalanotti ‘19.

Wednesday, September 27 at 5:00 pm, the Varsity field hockey team played a game against St. Thomas. During the first quarter, Liv Kimball from St. Thomas scored the first goal for the away team. A few minutes after, St. Thomas called their first time out.

During the second quarter, Sofia Barassi ‘19 refused to let the opponents hold on to the ball for too long. Towards the end of the first half, HBHS put up a great fight to steal the ball back and get it to the goal.

During the third quarter, Megan Hill ‘18 was able to take the ball and score the first goal for Hollis Brookline. Since this tied up the game, the girls’ new objective was to try their best to keep the ball away from the opponent.

Three girls on the team spoke out, saying that the team is putting up a great fight this year, and could potentially win more games.

Throughout the fourth quarter, the team was able to keep the ball away from their opponents and did not allow St. Thomas to score a goal. At the end of the quarter, they were tied 1-1, and went into overtime. Eventually, through strong teamwork and devotion, Barassi was able to score the last goal for their team and take the win.

After the game, Izzy Keefe ‘18 said she didn’t think it was a easy win, which she anticipated.