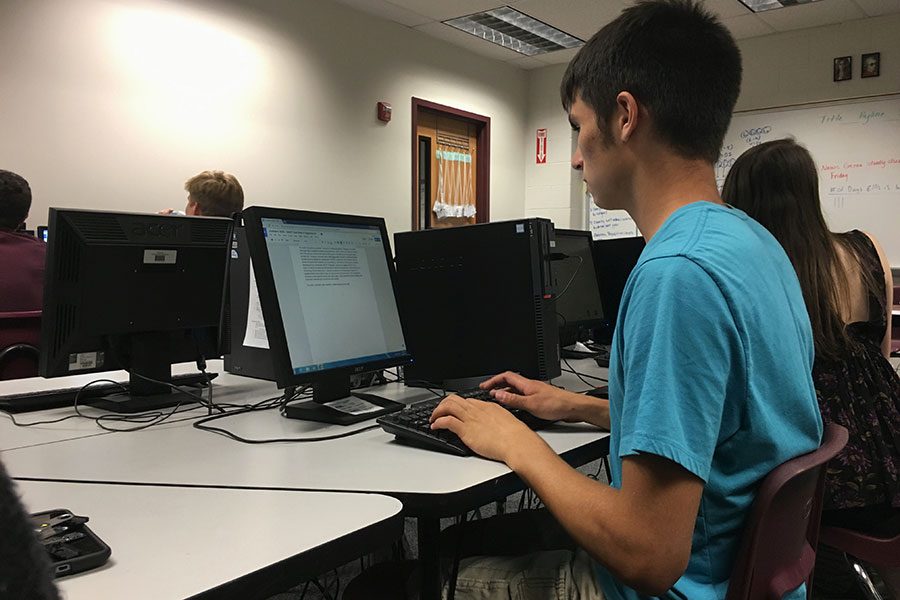 Jack Aldana-Proulx ‘18 is drafting out his plan for getting the necessary supplies to support his project. Aldana-Proulx, mentored by HBHS librarian Christine Heaton and Tod Guerrat of the University of New Hampshire’s Cooperative Connections program, has received great communal support for his initial proposal. “The understanding of how systems sustain themselves - or fail - is a key realization in a larger view of how our world works… Lessons from this kind of project can be transferred to other ideas for necessary innovations that could help sustain life on our planet or beyond,” said Heaton regarding the project.

In the spirit of intellectual curiosity and innovation, two of the core values at Hollis Brookline High School, Jack Aldana-Proulx ‘18 is in the works of designing and implementing an aquaponic garden in Hollis Brookline Middle School’s new greenhouse over the ‘17-’18 academic year. Using Senior Quest as an outlet, he has received approval for his project on the school’s campus.

Aquaponics is a system that utilizes the natural states of fish and plants to create a circulating, self-sustaining ecosystem that wastes zero water and requires no chemicals or fertilizers.

“It’s a great sustainable way to utilize greenhouse space and rapidly grow fresh produce. I wanted to model that [system] so not only could the middle school students learn, but the community could have a successful model to observe if they wanted to give it a try,” Aldana-Proulx stated.

Aldana-Proulx looks to present his quest to the greater community this spring. His goal: to get the whole system running, as he describes the hardest part being the initial installation of the apparatus.

“If you can design it, build it, nitrify the water, and make the system cohesive overall, upkeep will be relatively low,” Aldana-Proulx stated.

Senior quest is a newer class that allows students to pursue independent honors level research in the area of their choice. Christina Ellis, the supervising teacher, said,

“I think it is one of the most valuable classes for students because it truly allows the student to ask a question within a subject they, themselves, are interested in, rather than within the bounds of what this high school considers its curriculum.”

Aldana-Proulx’s project is one of twelve at the high school that is taking advantage of this unique opportunity. He plans to begin construction as soon as possible.