Should teens have money in investments? 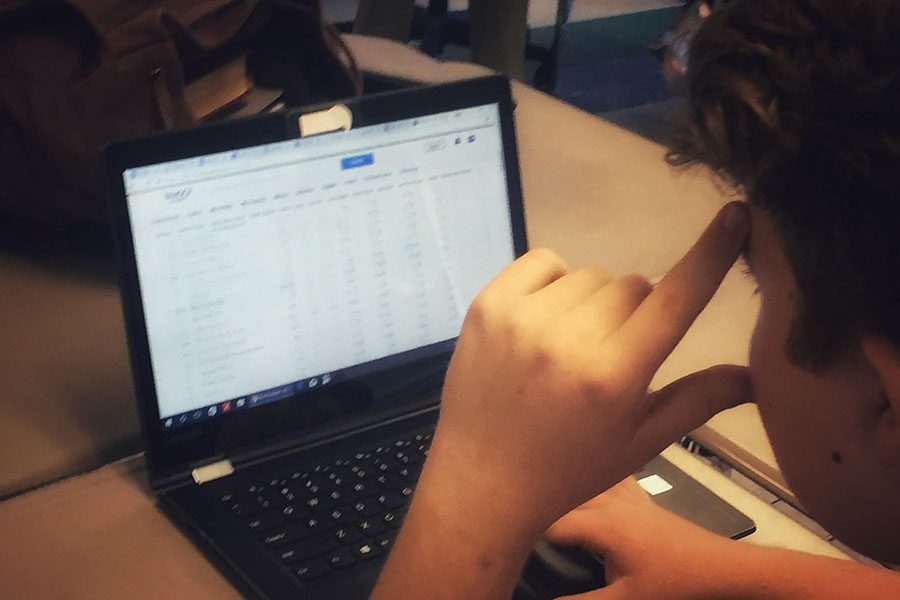 Scrolling through Yahoo Finance, Ian McNabb checks the financial news. Knowing what is happening on Wall Street is an important part of investing. “I actually think the stock market is ready for a crash. So I’m being really, really, careful about how I invest,” said McNabb.

According to Business Insider, significantly fewer millennials have money in investments than previous generations. It is unclear whether teens will continue this trend.

According to CNN Money, one in two Americans invest in the stock market directly, through mutual funds or Exchange Traded Funds(can be thought of as an actively traded mutual fund), pension funds, IRAs, or 401(k)s. This means that many Americans avoid the stock market, possibly due to a fear of volatility.

Among younger groups, Business Insider found that one in three Millennials invest, significantly fewer than older generations. It is unclear why millennials invest less: they may not have the money available, they may fear losses, or they may be ignorant of the system. As the next generation of Americans, teens are the next wave of investors, but it is not clear yet if they will mirror the disinterest of the previous generation.

The number of Americans that have money on Wall Street is low. The even lower rates of investment among millennials could be due to lower incomes as their careers are not as advanced. Ian McNabb ’20 of HBHS says, “I think a lot of people don’t learn ever how to save money, how to invest, what economic terms mean.” McNabb is right, according to Fortune Magazine, two thirds of Americans can’t pass a very simplistic financial literacy test. This is an alarming trend, as Wall Street makes up the financial backbone of America, with a large chunk of American wealth held there. Teens have the opportunity to change this.

Katie Henderson and Greg O’Brien teach economics at HBHS and both agree that financial education is important. They both suggest that teens consider trying a stock market simulation, be it through the junior economics class, or independently. They also agreed that teens should be cautious when using real money. “I think it a great idea that students begin to learn about saving and investing,” said O’Brien “Investing by itself is probably not a good idea; I think that there is a balance that can be struck between saving and investing.”

Henderson was a little more cautious, saying that “When you’re young, saving is key. If you are able to find an investment vehicle that works, great, but when you’re that young and you have not much disposable income, and you’re saving for something where you’re going to need access to that money, investing in something where you can’t access the money until you’re 65, it may not be worth it.” She also noted that with low rates of return, teens may be locking up money so they can’t use it, and getting little back.

O’Brien said that “what they [teens] have an amazing advantage of over other people is time.” People who are older, who may be saving for retirement, will need to be able to access their money in a shorter amount of time. Although some teens may be saving for college, money that does not need to accessed in the short term can certainly be invested to appreciable effect. Since teens will not be retiring for a long time, they may be able to choose stocks for the long term that do not have to increase in value immediately. This provides a good incentive for teens to at least consider this, because much of their money is likely in a savings account, earning them almost negligible interest.

Investing is an important part of American life, it funds new businesses, and allows for consumers to profit from corporate success. Although investing may not be the right decision for every young adult, it important that they are educated.