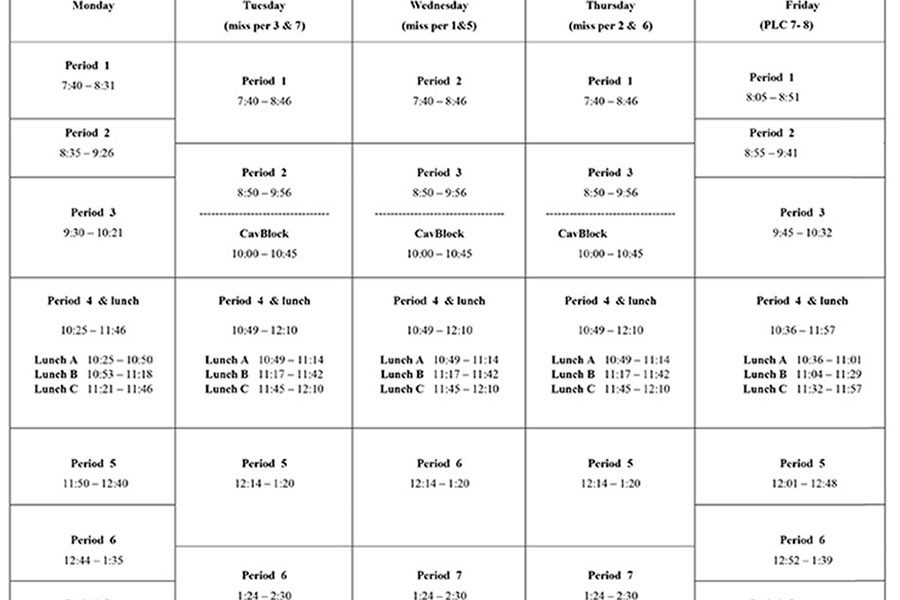 School starts at 7:40AM this year, 25 minutes later than the 7:15AM start time in previous years. Although feedback about change has been mostly positive, it means that students who take the bus have to kill time before class starts.

As the first quarter of the year comes to a close, the new high school start time has been in effect for almost two months. The beginning of school being 25 minutes later has caused shifts in the bell schedule and shortened passing time between classes. However, both students and teachers seem unbothered by the loss in class time, and they are enjoying the extra few minutes of sleep each morning.

Teachers have noticed a difference in the energy level at the beginning of the day. Victoria Millette, an English teacher at HB, says that the change has led to a more positive attitude during first period, both for the students and herself. Spanish teacher Kristen Roy feels better in the morning as well, saying, “I still come in at 7:00AM, but I have more time to mentally prepare for the day.”

Students seem to be benefiting from the few extra minutes of sleep each morning. Sofia Barassi ‘19 says that the extra sleep means she is, “ready to take in all the information in her first period class, instead of being half asleep on her desk.” However, not all students are able to enjoy the benefits of the new bell schedule. Cassidy Reynolds ‘18 thinks that while it’s a positive change for some, it hurts those who have to take the bus to school. Maddie McCann ‘18 agreed, saying, “I like it, but I think it’s not as beneficial for kids who have to take the bus, because they have to sit around for 20 minutes [in the library of the cafe] before school starts.”

Although there are still some problems to work out, moving the start time 25 minutes later has been mostly beneficial for the students and teachers at HB.