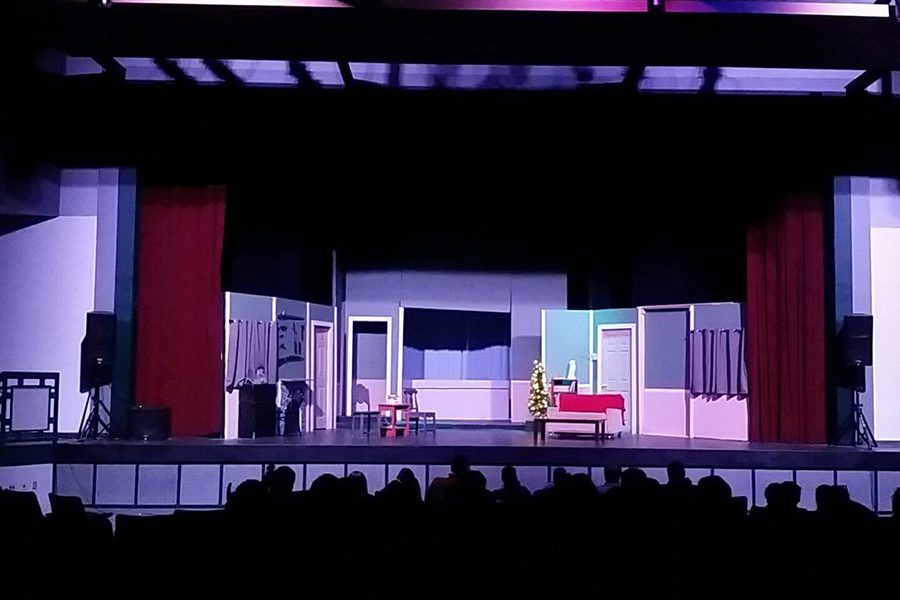 Freshly repaired lights grace the HB stage, hub for the award-winning theatre and music departments of HB, as well as home to the community meetings that drive forward the ingenuity of the school and its impact on the town. “Infrastructure wise we’re behind, all the minds in the building are light years ahead of where we actually are,” said Barnes, referencing his hopes for a more supported future of strong technology, infrastructure and facilities.

This year’s fall play hit an unexpected snare like no other in the history of the theatre department when, leading into the last week of tech rehearsals, the lights for the auditorium completely malfunctioned. Directors Matthew Barbosa and Greg Parker scrambled to make sure that audiences weren’t subjected to the displeasure of experiencing a live radio play as actors performed scenes in the pitch black.

Thankfully, just in time for show night, they managed to scrounge together a set of rental music festival lights and hang them for the weekend, all with the added fun of changing colors whenever an actor said a loud enough line.

Greg Parker, history and theatre teacher here at HB as well as the more trained tech leader of the two directors, experienced panic at the possibility of a literal black box theatre performance: “I didn’t see it coming, and had zero idea what the issue was,” said Parker, “It took four days of troubleshooting before figuring out what the problem was.” The shocking reality of the situation set in when he realized that not only would these lights not be fixed for the fall play, but Southern Rock Night was right around the corner, and an audience full of community members would certainly be less accepting of technical difficulties at that event.

“I will say that we owe a lot of the speed and creativity with our temporary and future plans for the lighting and sound elements of the auditorium to Mr. Parker,” said Matthew Barbosa, co-director as well as acting and music teacher here at HB, “He has really gone out of his way and spent a large amount of time and effort ensuring we had some kind of lighting for The Game’s Afoot, the town band concert, and now for Southern Rock Night”. Barbosa was much more willing to roll with the punches, likely because of his limitless faith in Parker’s ability to pull a show out of his hat last minute.

The school is evolving at a rapid rate, with Principal Rick Barnes leading a remarkable charge into the future. With new technology and facilities being provided with each new year, we must not forget to mend the broken monuments to the past, as well as respecting the quick thinking of the heroes that keep them afloat.