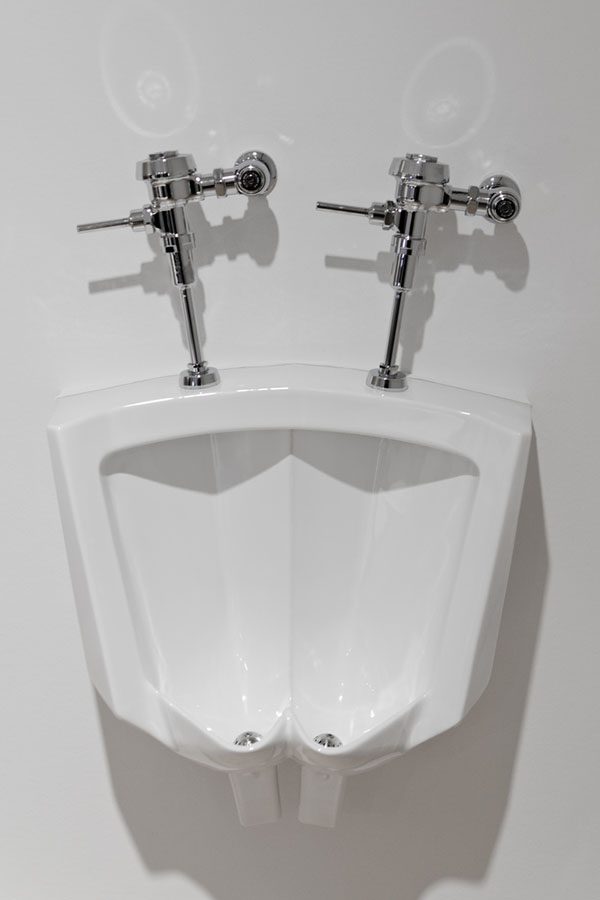 Nobody would want to share a urinal, but the lack of dividers creates comparable concern. Only one in HB’s five urinals have a divider to ease with bathroom processes- a major issue for some. “Dividers would definitely be helpful”, said Felix Yang ‘19 given dividers’ low cost and high functionality, their implementation is simply common sense.

The often times unavoidable act of using public facilities has all sorts of potential for bodily awkwardness. The sights, smells, and sounds associated with any public restroom are generally appalling, and any steps taken to mitigate human unpleasantness are truly just common sense acts of compassion.

Take, for example, urinal dividers. They have a functional use, (to prevent appendage exposure to ease bladder releasing necessities), and cost little. Seeing as the benefits are so clear, and the financial setbacks so low (between $18-$20 a piece), one would be reasonably perplexed as to why only one of Hollis Brookline High School’s five pairs of urinals actually has a divider in place. I would levy the humble, inoffensive suggestion of implementing dividers (colloquially known as “splash walls”) between the four pairs of urinals currently missing them, so as to minimize bathroom related discomfort and better facilitate bodily functioning.

Divider related concern is by no means a niche issue, with a number of those interviewed acknowledging that the absence of dividers in bathrooms has led to awkward encounters. In a poll asking “has the absence of dividers caused discomfort or awkwardness for you in the past?” 50% of respondents responded “often”. “It makes me feel uncomfortable, definitely – even if there is a urinal open next to someone using the other urinal I tend to not want to use the urinal that’s open because it’s really uncomfortable doing my business without a divider.” stated Felix Yang ‘19. It’s a common phenomenon at Hollis Brookline that if someone walks into the boys bathroom needing to urinate, and sees someone using one of the urinals (with no division between them), they may decide to do their business in one of the stalls, which in turn takes that very stall away from someone who might actually have stall-related needs.

Not everyone is fazed by the absence of dividers, however. Peter Szczeszynski ‘19 said with respect with the absence of dividers that “if it’s not a big issue, most people aren’t too concerned I guess – it could be beneficial considering there’s so little cost – it’s not like a new computer.” A key point he made sure to note was the low cost of dividers, and that even if everybody wasn’t longing for urinal dividers, it certainly wouldn’t put the school too far back money-wise to abate the concerns of those affected.

A curious element of the divider absence is that school funds actually were allocated to the implementation during the 2013-2014 school year. Social Studies teacher Jennifer Given had to say that “I believe that we need to follow up with the district office because the funds were allocated in 2013-2014, so they’re not easily available. So we believe that the funds are in a Student Activities account but we have to verify.” The divider money is somewhere, it’s just a matter of tracking it down.

Whether you care- or don’t care- about the dearth of HB urinal dividers, we can all agree that they effectively fill an important need for some, and are simple to implement. The numbers speak for themselves; 50% of student respondents said they are often made uncomfortable by the scarcity of divider walls. Given the occasionally tumultuous emotional and social landscape that is high school, it is more than reasonable to assure HB’s students this small luxury; a demonstration of compassion that would not go unnoticed.