Tennis, a sport on the rise 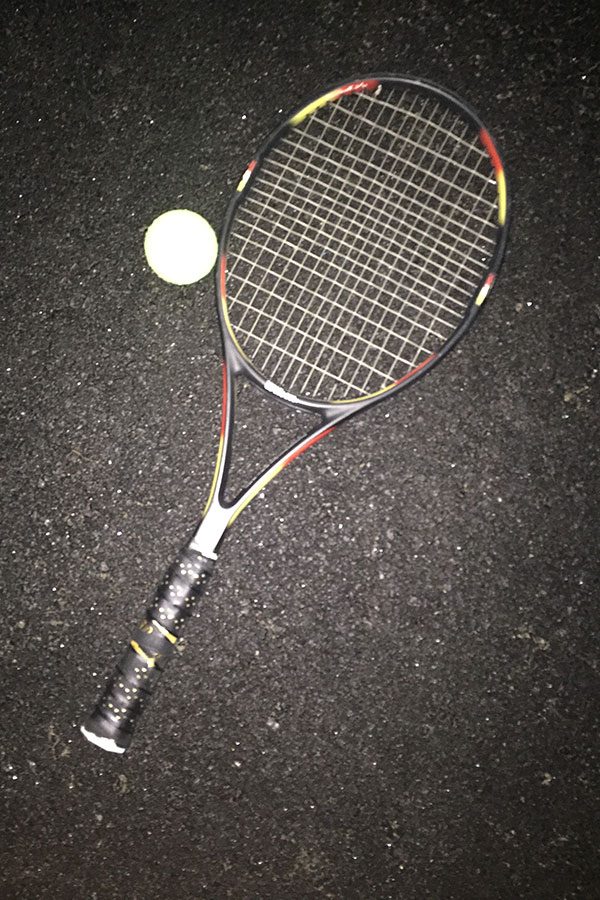 Despite a small team, the tennis team plays with heart every match. They have high expectations and look to welcome the upcoming freshmen. “I look forward to seeing how the new freshmen will mix into our team dynamic and make our team even stronger,” says Randlett ‘19.

The school’s tennis team is coming into this spring following a successful 2017 season, where the boys quietly went 12-2, and the girls team went 9-5. Still, even with solid individual runs in both singles and doubles, the team is looking to build on last year’s success.

While tennis is an individual sport, the players pride themselves on building team chemistry. They may be competing against each other for ladder positions (ranking system that classifies who they get to play), but in order to win the league title, they need multiple star performers, along with the support from their teammates and coaches. Samantha Randlett ‘19 knows the importance of team chemistry. “Even though we may play singles matches and are ranked on a ladder, it’s the team that is affected as a whole by the individual wins and losses. It is by the competition and the simultaneous support from your teammates that pushes you to get better,” said Randlett.

Head girls coach, Marie Salamone, stresses how she strives to create strong team spirit from the first moment the players step foot onto the court. Tennis can be an intimidating game with the potential to feel alone on the court, but by creating a family atmosphere, players can always count on their teammates and coaches for support. “The words of encouragement a player gets while she’s playing goes a long way. It is very difficult to be on the court by oneself for a singles match,” said Salamone.

With tryouts rapidly approaching (the week of March 19), the tennis team has begun its preseason training at the Nashua Swim and Tennis Club, meeting every Monday. However, some players know extra training is needed to compete with division two’s elite competition. David Chercasky ‘19 has been going to a training class twice a week, on top of the team’s training, in order to hone his skills for the season. “I was pretty successful last year going 10-3, and helped lead the team to the quarter finals,” said Chercasky. Chercasky and his teammates’ dedication to success has paid off, but they are still in pursuit of a banner to bring to HB.

Even if winning is the goal, in the end the players pride themselves on having fun. “Fun is what I want the girls to feel about a sport that I feel passionately about. Certainly, we all want to win, but if the girls play their best, I am satisfied,” said Salamone.

The team kicks off their season April 4 and has high expectations for what should be a successful season. Their home court will most likely be at the Nashua Swim and Tennis club, so make sure to swing by to catch a match.