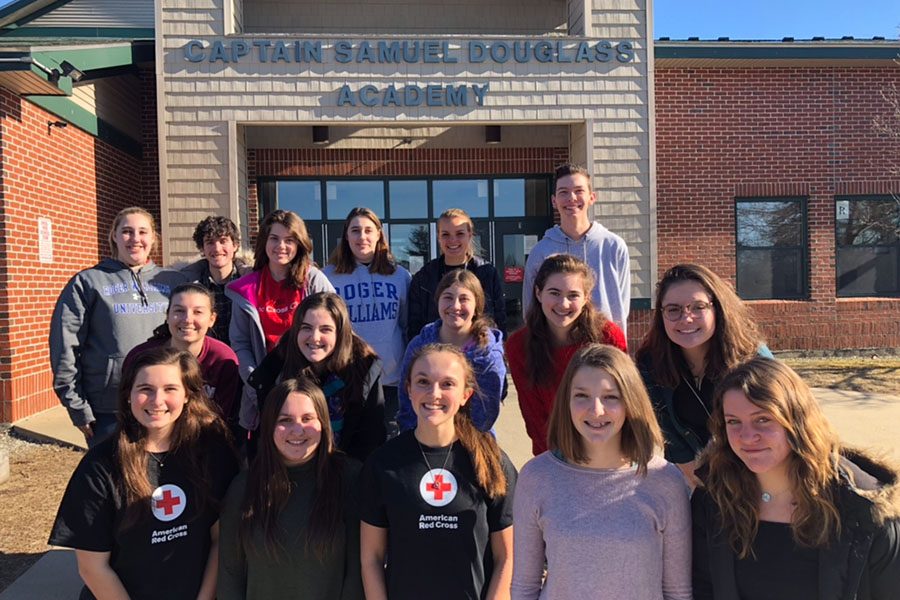 On Tuesday, March 6, the Hollis Brookline High School Red Cross Club traveled to C.S.D.A., a Brookline elementary school, in order to host one of their annual safety fairs for the students. The young students learned concepts such as basic first aid, fire safety, water and ice safety, how to respond to choking, and how to distinguish poisons.

These topics were broken up into stations. The students spent about twenty minutes at each station where four members of the Red Cross Club taught them the safety concept. In total, about 85 elementary students attended the fair, and 16 Red Cross Club members ran the event.

The first concept students learned was basic first aid. Basic first aid involves the care that must be administered to a victim prior to healthcare workers arriving at the scene. The Red Cross Club members gave the students tips on how to help others in case of emergencies, such as how to wrap an injury. Most concepts taught at the safety fair were created into games, or other activities.

Next, they learned fire and ice safety. The students learned not to run on ice, and to be careful when around it. The students also learned to use the “buddy system” when swimming, to ensure they are never unsupervised when in the water.

At the fair, students also learned how to respond to choking. The Red Cross members taught the students CPR, and a CPR dummy prop was brought in for students to practice on. This allowed students to learn CPR in case they are ever in a situation where they need it.

Another station at the fair was fire safety. Here, the students were taught what to do in case of a fire. They also learned the “fire safety rap”. This was a YouTube video that helps students remember what to do in the event of a fire. Hailey Tiner ‘20, was one of the Red Cross members who worked at this station. “I feel the kids have learned the concept because they all drew out fire escape plans, and a lot of them came in with prior knowledge of fire safety,” Tiner said.

Another topic students learned about was poisons. Students learned what some poisons are, and how to stay away from them. “You can inhale poison if it is in the air, and they can absorb into skin,” said Heidi Foster, the Red Cross Club’s adviser, and head of the English department here at HBHS.

Lastly, students learned the importance of washing their hands. According to the University of Colorado, “on average we carry 3,200 bacteria from 150 different species on our hands,” says  Dr. Noah Fierer. Red Cross members explained to the students that some germs can be harmful, so it is important to wash one’s hands. To show students how many germs were on their hands, students then sprayed their hands with a solution and held them under a germ light. After, students washed their hands to see the decreased numbers of germs.

The club teaches students the importance of safety concepts in order to keep themselves, as well as others, safe. “The Red Cross Club has two safety fairs each year. One is at CSDA and one is at HUES [Hollis Upper Elementary School],” said Mrs. Foster. The fair at CSDA is held in March, and the fair at HUES is held in May.

If students are interested in joining the Red Cross Club, they can talk to Mrs. Foster. The next project the club is working on is recording public service announcements. Currently, one is being created on pet safety and pet disaster preparation.