A closer look at Article 2 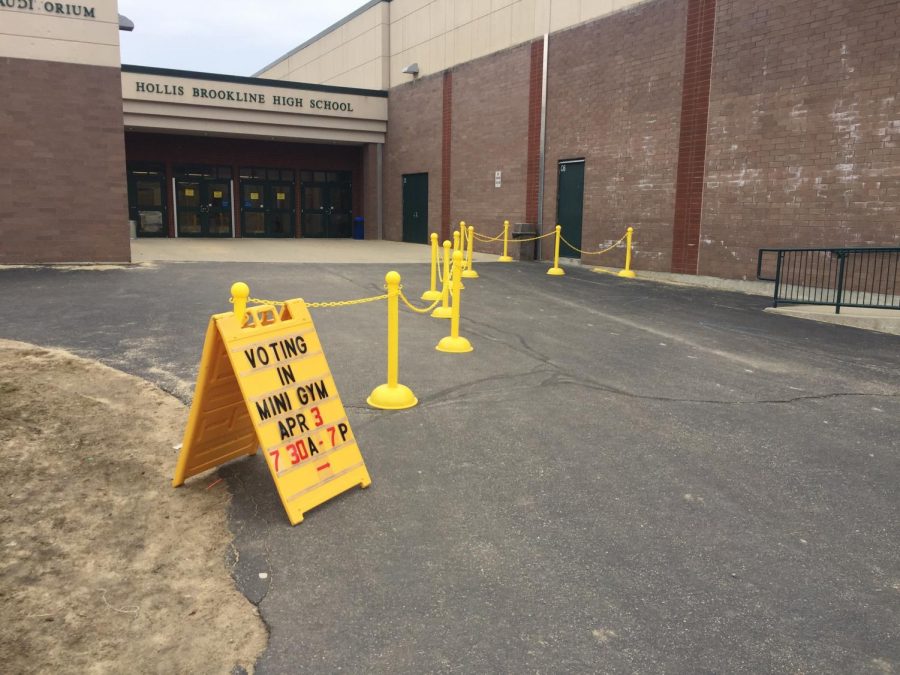 A sign outside the mini-gym entrance announces the all-day revote on Article 2. The revote ended with a definite failure for Article 2, with 1231 ‘yes’ votes and 807 ‘no’ votes; it needed two-thirds of the vote to pass. “I hope it’s not the last we see of [Article 2],” said Holly Babcock, a member of the School Board. “I hope it comes back for another COOP meeting and we pursue it in some capacity.”

Spring is here, which means it’s time for the annual Cooperative School District meetings in the Hollis-Brookline district. One of the articles proposed is of particular interest to students, taxpayers and the entire community: Article 2.

Article 2 allows for the addition of a new STEM lab at HBHS, as well as an updated weight room. The STEM lab would be used as a classroom for several engineering-related classes, as well as the new home base for the robotics team. The new weight room would be open to students for exercise during free periods, much like the current one. “I, as a school board member, voted to recommend this article with the STEM lab and the weight room because I feel like it’s going to enhance the education of all of our students,” said Holly Babcock.

During the first COOP meeting on March 15, which discussed the first three proposed articles, Article 2 failed to reach the two-thirds majority by only 32 votes. The COOP meeting went from 7pm-2am, and never officially finished. The meeting then continued the following Thursday on March 22, when it was decided that there would be a revote on Article 2. “I think Article 2 came up very late in the night, after babysitting closed, and we didn’t have enough people present to vote [at the first meeting],” said Babcock. “I think it’s a great idea, and it deserves to pass.”

The all-day revote on April 3 ended with the same conclusion: Article 2 failed. There are still lingering questions for when the same proposal goes back for a vote next year. Why is it important? How would it affect students? And, most importantly, why did it fail?

Article 2 would undoubtedly be beneficial for many Hollis Brookline High School students, particularly those interested in STEM careers and athletic activities. Students who participate in robotics were devastated to find out that Article 2 failed. “I was there when the results [of the first vote] were announced, and I burst into tears,” said robotics member Cordelia Scales ‘19.

With the new STEM lab, “[the robotics team] will get a new space and be a constant presence in the high school, which would increase membership. We’d be less spread out,” said Scales. Currently, members are dwindling, and the high school robotics team is crammed into several rooms in the middle school. Because these subgroups, including electronics, mechanical, and programming, are spread out, the robotics team can have trouble efficiently integrating their work.

In addition, according to Sara Hamblett ‘20, the setup of many necessary machines at the middle school is lacking the preferred amount of space. The proposed floor plan for the new STEM lab includes a fabrication lab, a separate room for cutting, a room for the 3D printer, a computer lab, a storage room and an elevator, which would help the robotics team work without cramping. 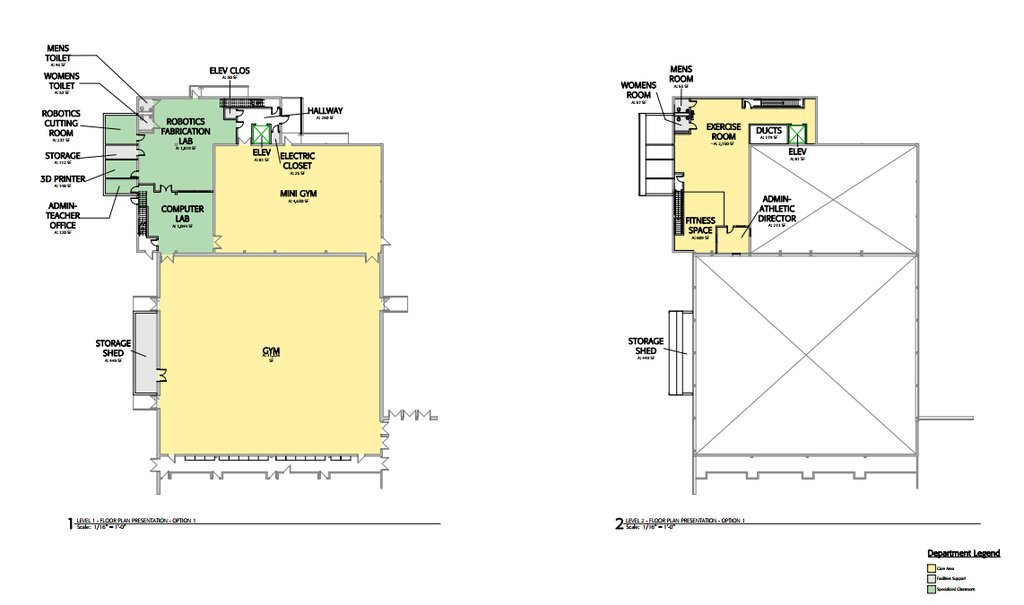 Some students believe that the reason the STEM lab proposal failed was that many voters were not fully informed about the benefits of Article 2. “I feel like [the people who proposed Article 2] could have done a better job of informing about engineering classes, which will be held in the STEM lab,” said robotics member Hamblett. In fact, a poll of over 50 HB students showed that less than 20 students were aware of what Article 2 was about. Presenters focused more on the robotics team when explaining Article 2, and did not include the impacts on the athletic programs here at HB. Perhaps if the benefit to athletics programs was more fully explained, Article 2 would have passed.

Article 2 would not only be beneficial to the STEM curriculum, but also to the student athletes, who work hard to keep HBHS teams performing well. “Volleyball was a lot of work,” Nick Franzini ‘18, former volleyball athlete said, “but it was a lot of fun and definitely worth all the work I put into it”. A new weight room would mean a cleaner, more athlete-friendly space to work out and hone skills. Currently, many machines are broken or outdated, and a new weight room would create a cleaner and more modern space for student athletes.

While most people believe Article 2 is a great idea, some students disagree. One student has a lot to say about the issue. “I just don’t think it would be worth it. As seen with the first vote, it failed to pass, meaning that the citizens weren’t fully on board with it… I would have to agree, as it doesn’t seem like building a STEM lab should be on the list of top priorities for HB going forward,” said Kyle Hsu ‘19. “Despite being an athlete, I don’t think it is worth it. Our weight room isn’t great, so a renovation would be nice, but not at the cost of an entirely new STEM lab that would only get used by a small fraction of students.”

Putting together Article 2 has taken countless hours of hard work and time from of the School Board members. They have worked with numerous committees, and have presented their work at many public forums and hearings. “We’ve been working with the facilities committee for over a year; we basically got very positive feedback from the public at all the forums. People had questions, and we addressed them, and we changed our plans based on the feedback we got,” said Babcock.

Next year, the same proposal for the STEM lab and weight room renovation will likely be cycled through the COOP system again. Article 2 would definitely benefit many students, including robotics team members, athletes, and those taking engineering classes. Next year, we’ll see if voters see those benefits when Article 2 goes to another vote.