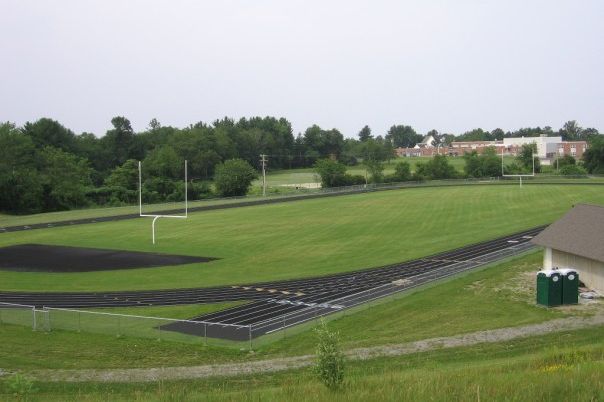 Though the track and field team has been practicing for weeks, their meets are only just beginning. Since MacFarline and Roy-Faucher’s coaching careers started (with Boggis assisting), the season has gone on without a hitch. “I think [this season] will go very well,” said Lily Jackson ‘20, avid track and field member. “Overall, we’re very strong.”

The spring sports season at Hollis-Brookline High School has begun, and students are preparing for their next games and meets. One team is track and field, which, despite being a popular student option, had a huge problem earlier this year: there were no coaches.

Track and field is a multi-faceted sport, consisting of events such as sprints, long-distance runs, jumping, the discus throw and the javelin throw.  Students are tested by the events in dexterity, strength, and pure force of will, and they understandably need a guiding adult to undergo the effort required.“[Track and field] encompasses all areas of athleticism,” said Lily Jackson ‘20, who annually participates on the team.

Both coaches from last year were unavailable to take that position of educating young athletes. One coach got a new job, and the other coach, chemistry teacher Yolanda Flamino, is in the process of obtaining her PhD. Thus, neither have the time required to participate in coaching the track and field team.

Fortunately, students recruited several coaches for the open positions. Annie Roy-Faucher now leads the girls’ team, Matthew MacFarline coaches the boys’ team, and Don Boggis acts as assistant coach. Out of these three, only Boggis has track experience, since he participated in track as a student and has coached the sport since 1979. Roy-Faucher and MacFarline, however, are in completely new territory.

Several track and field members participated in the search for these new coaches. “I contacted a friend and coworker of mine, and he said no,” said Jackson. Cordelia Scales ‘19, however, helped to recruit MacFarline to the position, having initially alerted him about the lack of coaches.

MacFarline, the new Latin teacher at HBHS, is optimistic about his new position as mentor for dozens of young athletes. He loves the hands-on, kinesthetic part of coaching, though he laughingly said that he wasn’t as happy about the paperwork. “I’m very excited [for the upcoming season],” MacFarline said. “Even though I don’t have experience coaching… We have a lot of great athletes.”

Roy-Faucher, a French teacher, also admires the students’ hard work and dedication. “I’m excited for the kids,” she said. “They’re amazing to watch. I absolutely enjoy every second I spend with the athletes.” Her students definitely mean a lot to her, and she cited them as a major reason for deciding to coach this year. “I didn’t want fifty-something kids not having their sport this spring. That was extremely important to me,” said Roy-Faucher.

There is a more difficult part of the coaching position, involving more than just encouraging student athletes. It combines paperwork with the bureaucracy of organized sports, as well as learning to teach track and field. “I’m so nervous right now about the unknown that it slows down my excitement… it’s such a learning process,” Roy-Faucher said. “I don’t want to mess this up for [the students].”

Thankfully, MacFarline and Roy-Faucher will have help over the season from Boggis, who, although usually coaching cross-country, has coached track and field in the past. “Track and field involves a lot, [and] it takes up time to learn that stuff,” said Boggis. “[A good coach needs] patience, consistency, and people skills, as well as spending time learning how to teach a sport.” Boggis embodies all of these qualities, and also provides the coaching staff with invaluable experience – something which Roy-Faucher said she appreciates immensely.

Despite a crazy recruitment process and the inexperience of the two main coaches, student athletes on the track and field team are extremely grateful for MacFarline, Roy-Faucher, and Boggis stepping in to help. Each coach is very supportive and helpful, Jackson said. “I feel like they’re all pretty great, despite [MacFarline and Roy-Faucher’s] inexperience,” said Scales.

Every coach and team member was anticipatory of the season to come and the upcoming achievements of the student athletes. “I think we’re going to improve as the season goes on,” said Boggis. “We’re off to a good start.”