What’s a Dead Head to do? Follow the Dark Star 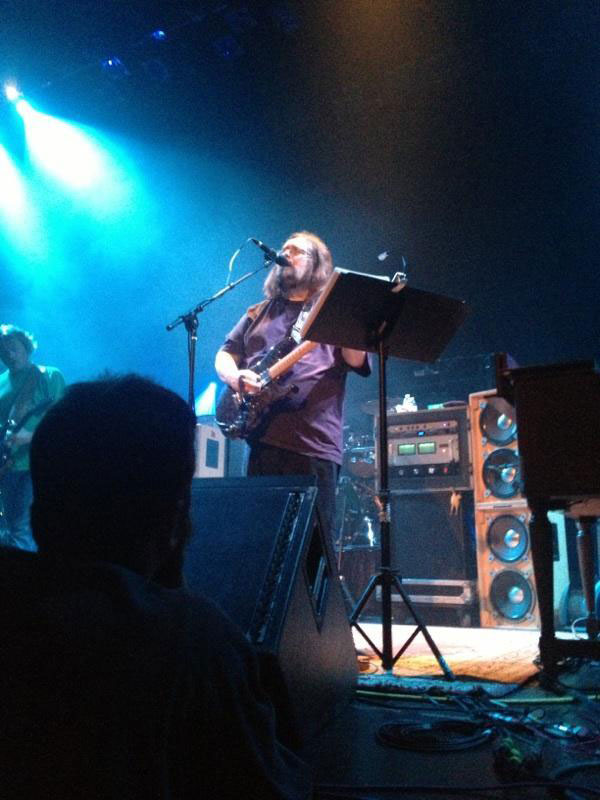 Ever since the Grateful Dead tribute band, The Dark Star Orchestra, hit the music industry in 1997, it has been Dead fan’s favorite. The band is made up of seven people, one being a woman. Every show is unlike another because the band takes a specific past Grateful Dead show and will recreate the concert, vibe and all. After the show D.S.O. will announce the date and venue of the original Grateful Dead show. Although the band recreates shows, they make sure to make each show unique, offering their own interpretations of the original show. “Seeing Dark Star Orchestra live is like being able to see a random Grateful Dead show from the past but with a special twist that you can never predict,” Shane Crosby ‘14, said.

Since 1997, the band has played over 2,000 shows, although over the years it hasn’t always been the same 7 band members, 16 musicians have come and gone. Grateful Dead’s very own Bob Weir, Phil Lesh, Bill Kreutzmann, Donna Jean Godchaux, Vince Welnick and Tom Constanten have performed with Dark Star Orchestra. The band aims towards no age group in particular, welcoming young and old people to their shows. They say that one of their main goals is to “raise the Dead” which has drawn Deadheads from across the country.

Many students from Hollis Brookline have attended Dark Star Orchestra concerts. “It’s honestly like nothing you’ve ever experienced before. It’s like meeting an entire family who you never knew you had, who just want to have a good time, and listen to the music play,” Rachel Banks, ‘15, said. Many students are getting excited for the upcoming concert on November 24 in Concord, NH, at the Capitol Center for Arts.