The Kissing Booth: An Unpopular Opinion 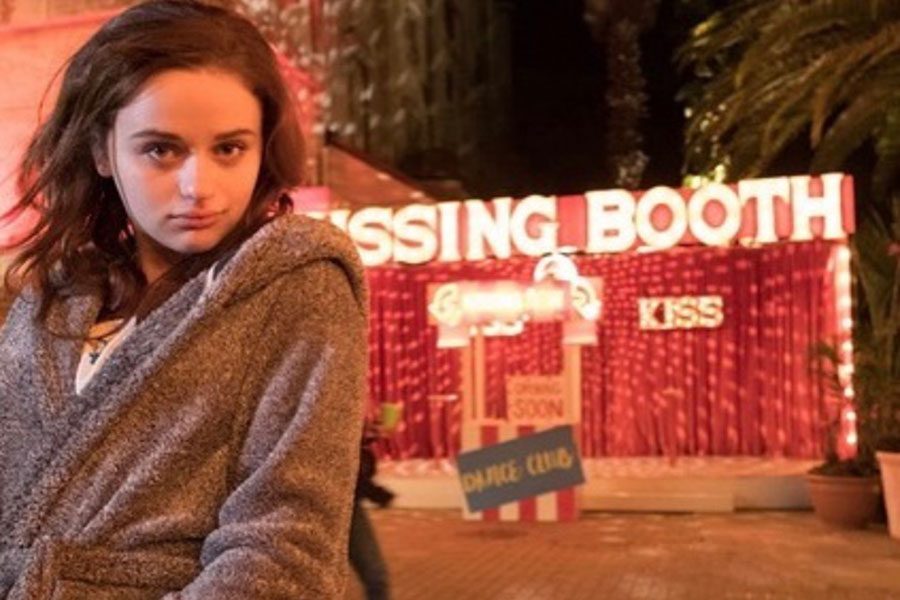 Actress Joey King, who plays Elle Evans, posted a picture of herself on the set of The Kissing Booth to her 3.2 million Instagram followers on Saturday. The movie has been popularized on social media since its premiere in mid-May. “My girl Elle Evans and I are completely overwhelmed with how kind you all are! This is crazy...thank you so much, my heart is bursting,” King said in the caption of the photo.

In 2012, 15-year-old Beth Reekles logged onto Wattpad, a website where anyone can write and publish books online. She wrote The Kissing Booth, which was, at the time, just an underrated story. Now it’s 2018, and the book has transformed into a Netflix original movie, directed by Vince Marcello, where it is receiving many good and bad reviews.
The movie is about Shelly “Elle” Evans, (Joey King) a high school girl who has a huge crush on Noah Flynn (Jacob Elordi). Although she likes him, she has no chance with him because his younger brother happens to be Elle’s best friend, Lee (Joel Courtney). Elle and Lee are inseparable; they even have rules to keep their friendship in place. One of the rules is that Noah is “off limits” from Elle, but when Elle unknowingly kisses Noah at the school kissing booth, she realizes she has to risk a friendship for her romance. Throughout the movie, Elle and Noah keep their relationship a secret from everyone, especially from Lee.

The 1 hour and 44 minute long movie has many ups and downs. One pro of the movie is that it is quite engaging, and anyone watching will want to keep watching during some of the scenes. The actual kissing booth scene was very interesting, because it portrayed events that would never happen at an actual carnival. Although the scene was unrealistic, it was hard to look away. I was intrigued during that scene because it was the start of Noah and Elle’s relationship.
One con of the movie is that the storyline is very cheesy. Elle Evans is very quirky and it makes the whole storyline seem like a joke. Elle acts very awkward and clumsy during the movie, and it just made me want to laugh because the movie wasn’t a serious romance movie. If Elle wasn’t so weird, I would have enjoyed the movie a lot more.

Another con of this movie is how unrealistic it happens to be. I think Beth Reekles and Vince Marcello had the wrong idea of what high school is actually like because a kissing booth is most likely never going to happen at a family carnival. There are also some other interesting scenes that would never happen. For example, Lee and Elle start to splatter paint at each other and Elle makes her way to the locker room to wash up. Although Elle has been going to that school for three years, she somehow manages to walk into the boys’ locker room with her shirt off. Meanwhile, dozens of high school boys are laughing and taking pictures of her, and Elle enjoys the attention and doesn’t leave the locker room. This is very unrealistic and it would never happen in real life.
While my opinion of the movie is pretty obvious, many young teenagers who have watched the movie think differently. One girl even direct messaged the Netflix’s Instagram account asking for The Kissing Booth 2. Many scenes and pictures of the cast have been posted by fans all over the internet, and the movie has become completely overrated.

Although fans love the movie, and Joey King has gained over 3 million followers on Instagram, critics believe that the movie is sexist towards girls. RottenTomatoes gives the The Kissing Booth a 17% rating, showing others interested in watching the movie that this may not be their best choice.
In the end, The Kissing Booth was just written by a 15-year-old girl with good intentions. Although the movie didn’t turn out the way I would have hoped, it is a sweet coming of age film with some inappropriate, cringey, and meaningless scenes.