Games and results for: September 21-24 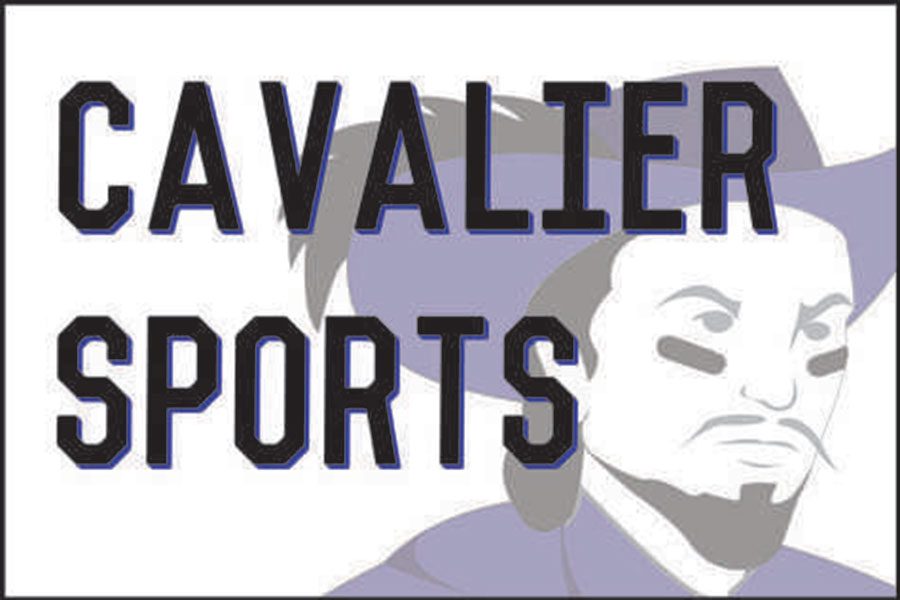 The Golf team improved to 15-4 with a 3 match sweep over Souhegan(99-89),Goffstown (99-83)and Pembroke(99-41),Garret and Grady Sturges being the high point scorers for the match with 22 points each.Other top scorers wereMatt Dias- 20 points ,Rory Klauber- 18 points and Colin McDonald- 17 points.

The Girls Soccer team defeated previously unbeaten Pembroke(7-0), by a 3-2 score.Down 2-0 at the half, the Cavs scored 3 second half goals (Tasha White -2 goals, and Paisely Broadhurst-1) with two assists by Rachel Brackett. Teresa DeMaio and Sarah Birch stood out on defense while Maggie Crooks had 12 saves.
The Volleyball team improved to 8-0 with a 3 match sweep over Concord with scores of 25-11, 25-10, and 33-31. Top performers were Kaleigh Whalen 10 aces 5 kills,
Brodie Kelley 1 kill, Ashley Burtt 1 kill 1 block and Sammie Sheppard 12 digs.
The Football team improved to 3-1 with a 34-14 win over Manchester West. Sander Wimmer threw a pair of touchdown passes while Brandon Iodice ran for two touchdowns.Ben Lindsay had a big game defensively.
The Field Hockey team played a well-matched contest against Bow on Friday. After many minutes of scoreless play, Bow went up 1-0 but then HB quickly answered back with a goal by Valerie Labak, assisted by Delaney Weimer. After a 1-1 tie at halftime, Bow scored again to go up 2-1. HB rallied and fired away at the net, finally getting in on a shot by Sofia Barassi (assisted by Delaney Weimer). Despite excellent defensive play by Emma Elkin and Jordan Mazzola, Bow was able to sneak in two more goals which HB could not match.  Final score, 4-2, Bow
The Jv Field Hockey team lost to Bow,2-0. Grace Wilson, Leia Scott and Savannah Murphy were on fire with 9 shots on goal.  Playing well defensively were Lilly Ogren and Bethany Pender.  Devon Kuchta had 2 saves and Julia Frugard stepped in goal for the second half with 4 saves.
The Boys Soccer teamlost to Oyster River, 2-0, to fall to 6-2 on the season. Felix Yang and Andy Basque had good games on defense while Ryan Coutu had 12 saves.
The Boys Jv Soccer team defeated Oyster River ,3-2.  Luke Wang scored off of a direct free kick to record a first half goal and Liam Baldwin’s first of two goals in the game tied the score 2-2 at halftime.  Liam Baldwin scored the game winner midway through the second half, while Jackson Koopman was a standout in goalkeeping.  Matt Kelley anchored the team defense and Danny Sattler played a strong offensive game.
GAMES FOR MONDAY – SEPT. 24TH :
The Golf teamtravels to Portsmouth, dismissal at 12:15pm , bus at 12:30pm and match time at 3pm at the Portsmouth CC.
The Volleyball team travels to Portsmouth, dismissal at 1:15pm , bus at 1:30pm , with Jv-b at 4pm ,Jv-a at 5:15pm and V at 6:30pm.
The Boys Soccer team hosts Plymouth, V at 4:30pm and Jv at 5pm at the Middle School (Love Lane) field.
The Field Hockey team hosts Portsmouth, V at 5:30 pm at high school field and Jv at 5:30pm at the middle school field.
The Jv Football team hosts Manchester West at 4pm.
REMINDERS :
Team Picture Day will be on Wednesday ,Sept 26th , after school. Teams should meet in the back lobby in Uniform.
Hunger Games : Please join us in helping to fight hunger for local families. For the next two weeks we will be collecting non-perishable food items to donate to the Share program in Milford. Food can be dropped off in the back lobby.
Delete Image
Align Left
Align Center
Align Right
Align Left
Align Center
Delete Heading