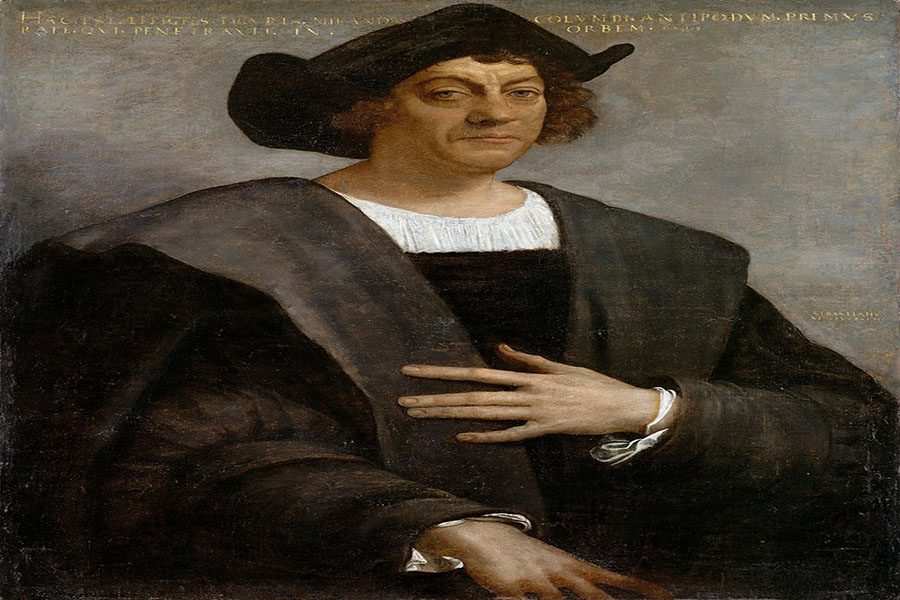 The above picture is of Christopher Columbus.

It’s often that people speak kindly of when Christopher Columbus sailed to a place he thought was Japan. Of course, he did not arrive in Asia, but an entirely different continent that we now know as America. An awful lot has happened since that year; two Haitian empires have come and gone, two Chinese dynasties have left us, the Habsburgs rose to prominence and fell due to excessive inbreeding, the actual Japan went from warlord states to an empire to a democracy, the Russian Empire grew and fell, a man took a brief stroll on the Moon and, of course, the United States of America grew to power on the world stage. Each of these crucial events was in many ways contingent on that first voyage to America. What is less talked about are the things that immediately followed that day.

You see, before good old Columbus, both the Taíno and the Carib, the latter of which later became the namesake of the Caribbean, lived in the area, specifically on the island of Hispaniola. The two groups were vastly different according to most accounts, and in most cases, enemies. Both groups had rich cultures and unique characteristics. The Taíno were agriculturalists; they utilized a method similar to modern crop rotation to maintain soil fertility, and domesticated parrots to help hunt other, more nutritionally useful birds. The Carib, on the other hand, were boat-makers. They are thought to have originally come from the Orinoco river area, navigating through to the Caribbean area, and were proficient enough at warfare to have conquered many Taíno lands. The Taíno even claimed that the Carib were cannibals, a reputation that stuck with Europeans to such a degree that the word cannibal descends from the Carib word for person, karibna.

Columbus decided that both groups were under Spanish rule; he cared little for their conflicts or their culture and immediately set about colonization. He also took it upon himself to return with a number of native slaves as evidence of his visit.  Even though this was the 15th century, people still had issues with such behavior. His commissioner, Queen Isabella I of Castile and León, was horrified. The land of Hispaniola had been claimed under her name, and even if the Taíno and Caribs were not Christian, they were her citizens; thus she ordered them to be freed. But as can be seen through the hindsight of history, Christopher Columbus did not particularly care whether they were citizens or not.

He massively mismanaged the small colonies that he created, mistreating the Taíno people. Though his rule was only seven years, it set a genocidal precedent. Slaves were forced to work to death in mines and mutilated severely if they did not produce enough precious metals or food.  Scholarly accounts vary on exactly how many people lived on these islands before Columbus; however, The New World Encyclopedia and the  estimate the Taíno population to have been between 700,000 to 2 million people throughout all the islands. Even with the lowest estimate, 640,000 people died between the arrival of the Spanish and Columbus’ death in 1502. Most died in mines or at the hands of conquistadors; many took their own lives to escape enslavement. By 1531, there were 3,000 left. Those who survived had most of their culture completely obliterated. The Caribs faced a similar fate, forced out of Dominica, and eventually conquered in Martinique by the French.

I must admit that I am biased in this case. My mother’s side of the family mostly comes from Cuba, one of the islands inhabited by the Taíno people. Not only that, but my great-great-grandmother is thought to have been of Taíno descent from what I understand. I do not claim to speak for the surviving Taíno people, or for that matter, those that died. I am disconnected from that culture.

However, I will say this: what Christopher Columbus and his followers did is unequivocally genocide. I refuse, on grounds of morality and an utilitarian desire to end the dehumanization of the aboriginal and native peoples of this world, to celebrate in any fashion a genocidal conqueror.

If the deaths of around 2 million people is not enough for you to stop celebrating, then I cannot convince you of anything at all. For those who do realize this is an atrocity that has gone long unrecognized, then please, I urge you to treat Columbus Day as a day of mourning for those who were harmed or died as a result of colonialist policies, or better yet protest it as a holiday all together. For those who still want a holiday, fear not. I personally suggest, and advocate, that we move the holiday to Halloween. I’d rather celebrate fake monsters and murderers than real ones.