Poetry Out Loud: recitations and up-and-comers 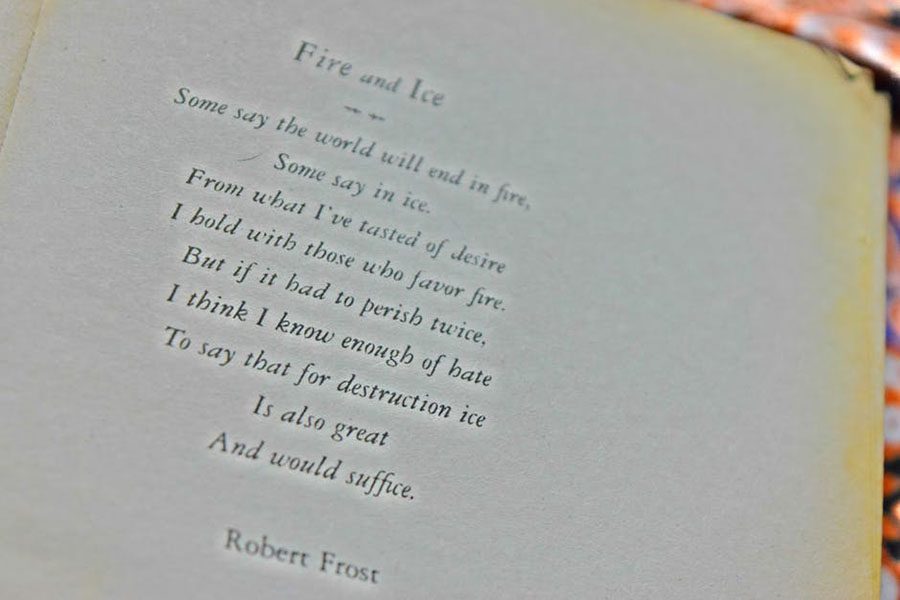 Poetry Out Loud speakers are encouraged to engage in a variety of poetic traditions, such as that of Robert Frost. However, they aren’t just limited to traditional western poetry; poems from around the world are all involved and available to be recited.

Some might think that poetry recitation is old-fashioned, but in Hollis Brookline High School’s English classes, the practice is being continued and rejuvenated. On Dec. 18, students will compete in HBHS’s Poetry Out Loud competition, reciting a poem of their choice in front of a panel of judges.

Poetry Out Loud, (POL), is an organization which works to get young students interested in poetry. POL  runs a massive, country-wide, competition that students can participate in for prizes that are awarded to their school. POL gives schools around $50,000 in awards every year, according to their site. Cash prizes are also awarded to students for the purchase of poetry books.

HBHS English teacher Lin Illingworth is helping organize the POL competition this year.  “It’s two fold. One is to expose students to good poetry, to expose them to having poetry as part of their lives… and the other thing is that it’s a great public speaking opportunity,” said Illingworth. “And, because the competition part isn’t very intense until the higher levels, the way we see it as teachers, it’s more of a classroom bonding experience… the thing we love as teachers is that we never know who’s going to rise to the fore. You may think, ‘Oh it’s going to be that person who does theater,’ or ‘that person who’s always so confident,’ but we’ve been surprised every year. It’s one of the things we love most about POL,” she said.

Lillian Coady ‘19 is one of the competitors from last year. She enjoyed the experience and recommends it other students. “If you enjoy public speaking or you are in theater, then absolutely. Especially if you are in theater, because half the battle is acting out or theatrical, so obviously that would help,” she said.

Many examples of winning recitations are available on the POL website, where they also have an online archive of lyrical and poetic works that are available for students to recite.