Would you watch it for a Scooby Snack? 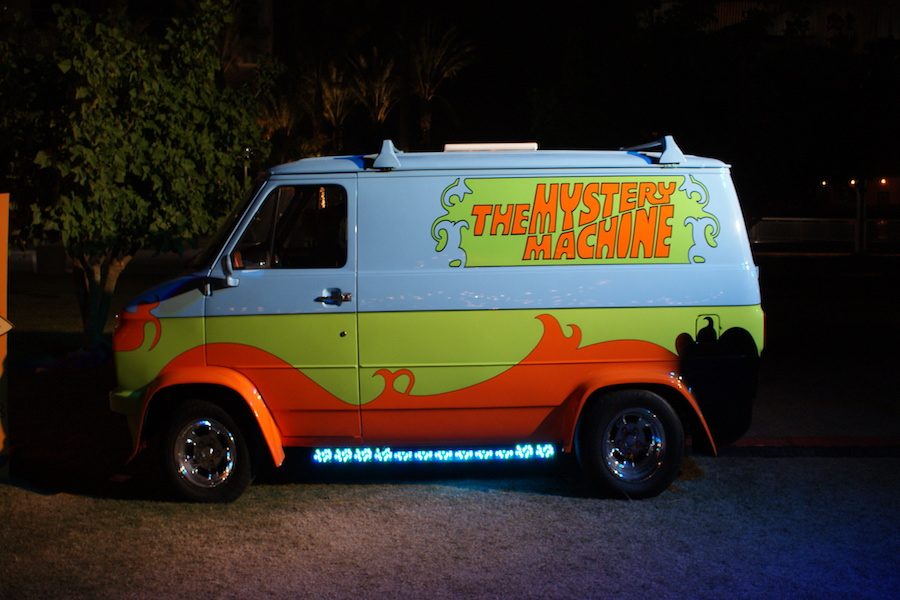 Scooby Doo may be classified as part of the mystery genre, but it’s also filled with jokes that are sure to make its viewers chuckle. The freshmen hope that their skit will achieve the same. “We’re hoping it’ll be funny enough,” Bhojane says.

Any student at HBHS will tell you that their favorite part of our annual Spirit Week is watching the compelling productions during the closing assembly. This year, our freshmen will be able to experience the first of their four gripping annual performances as produced by their class Student Council.

With Spirit Week rolling in at the end of the month, the Freshman Class Student Council has been working diligently to produce an award-worthy skit based on the popular 70’s television program Scooby-Doo, which follows four mystery-solving, groovy teenagers and their talking dog with a speech impediment.

When deciding on a theme, they cycled through a number of different television shows and movies to base the skit on prior to settling on Scooby-Doo, and they came close to choosing Netflix’s hit sci-fi series Stranger Things, packed with 80’s nostalgia and alien encounters. However, they ran into problems when brainstorming the plot. “It would’ve been harder to make that funny, or just into a good skit,” says Freshman Class President Ashlesha Bhojane ‘22. “So we dropped that and decided to do Scooby-Doo.”

Now, the skit’s plot will showcase freshmen acting as the usual crew — Freddie, Daphne, Velma, Shaggy, and Scooby — employing their formidable amount of “team spirit to, like, save the day,” said Alex Shutt ‘22, the Freshman Class Secretary and lead writer of the production. Jack Young ‘22 will star as Scooby in the skit. He has subsequently been working hard to “raster” Scooby’s odd speaking habits.

The Freshman Class seems to trust their council to create a solid performance. Miles Montgomery ‘22 shares this trust. “They’ll probably do a good job,” he says. “‘Cause their job is pretty easy.”

Contrary to Montgomery’s comment, Student Council members find it rather difficult to be tasked with writing, casting, rehearsing, and performing a 10-minute skit for the school in just five days. Nonetheless, the freshmen have kept their chins up and are confident in their work. Utilizing their own independent creativity and some advice from upperclassmen, they aren’t afraid to dive into Spirit Week head first.

“The upperclassmen explained everything to us, and that was really helpful,” says Jalisa Cora ‘22, Freshman Class Treasurer. “But otherwise…”

“I’d say planning it, we really took it upon ourselves and really sat together and put something together,” continues Shutt. “It’s pretty epic.”

Their advisors have also guided the freshman pioneers as they continue to write their script, choreograph a dance for their finale, and plan the poster to accompany the productions.

The past freshman skits are said to be some of the best: Class of 2019’s famous skit starring people acting as different fast foods, the Class of 2020’s heroic safari quest to find the “Spirit Animal,” and Class of 2021’s skit on 90’s TV series Friends, which included a memorable wedding ceremony. Students wonder whether or not Class of 2022’s upcoming skit will be of the same caliber as those of their upperclassmen. “I heard about last year’s freshman skit,” says a grinning Maggie Crooks ‘22. “So yeah, I’d say I’m looking forward to see how this one comes along.”

The freshmen, despite some intimidation from upperclassmen, remain optimistic and hope to live up to the classes before them. When asked how they think their skit will eventually turn out, Shutt says “[they’re] hoping pretty good.”

They are also “hoping for a lot of laughs,” adds Bhojane.

The Spirit Week skits will hit the stage on Friday, Feb. 22 during the week’s closing assembly. The freshmen will perform first, effectively kicking off what is sure to be a memorable set of productions. Montgomery firmly believes that the skit will be sensational. “Scooby-Doo is great,” he explains. “How could you possibly mess up Scooby-Doo?”