World of Dance: what to expect this season 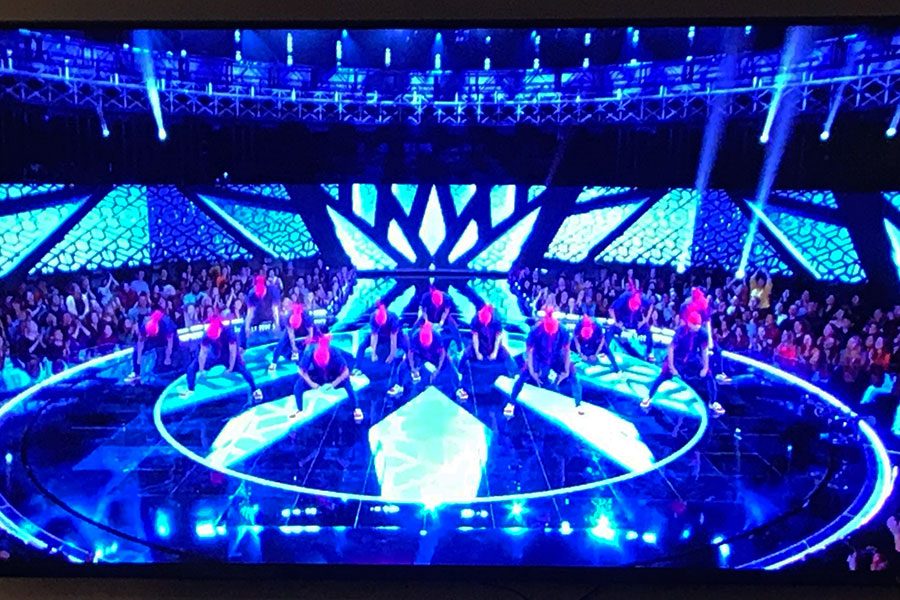 The Kings, a hip hop group in the Upper Team division, performs for the judges. In this routine, they shocked the audience with their routine, and showed off their challenging stunts. Jennifer Lopez, one of the judges, was mind blown by this group, saying that she was “shook to the core” by their performance.

Dancers all across the country dream of the day they will finally become a professional. But for many, it is a struggle to find opportunities to show their talent. Situations like these are when competitive dance TV shows, such as World of Dance, come into play.

World of Dance, a competitive dance TV show on NBC, held its season three premiere on Feb. 26. To sum up the program, dancers from around the world perform for the judges in hopes of winning a $1 million prize.

So far this season, viewers have seen many talented dancers grace the stage. The Kings, a dance team from India, wowed the judges with their stunts. They have won several competitions in India, such as “India’s Got Talent.” They were also awarded the bronze medal at the 2015 World Hip-Hop Dance Championship, making them the first team from India to do so. They advanced to the second round with a score of 97.7, the highest score of the season so far.

Another talented team that has advanced to the next round is The Crazy 8’s, a team from California. These dancers are some of the youngest competitors, with the oldest member being only 12 years old. This group shocked the judges with their impressive moves. They also have an impressive reputation, and have won first place awards at many competitions and conventions around the country.  They moved on to the second round with a score of 93.

Dancers don’t have to be in a group in order to audition for the show. Kayla Mak, for example, is a 15-year-old contemporary ballet dancer from New York, who performed a solo and moved on to the second round with a score of 90.3. She has won several awards and was even a finalist at the Youth America Grand Prix, the largest ballet competition in the world. She made an appearance as Clara in the Radio City Christmas Spectacular.

Each competitor is sorted into a division, based on the age range of the members and how many members are in a group. The Junior division consists of dancers who are under 18 and groups of one to four people, and the Upper division consists of dancers over 18. The Junior Team division is made up of groups of five or more people that are under 18, and the Upper Team division is groups of five or more people who are over 18.

Hosts Jennifer Lopez, Derek Hough and Ne-Yo judge the dancers based on their performance, technique, choreography, creativity and presentation. Each category is worth 20 points, adding up to a perfect score of 100. However, it is very hard to get a perfect score- the highest score so far this season was 97.7/100, which was awarded to The Kings, a hip hop group in the Upper Team division.

There are five rounds in each season. First up is Qualifiers, the initial live audition round, where dancers must score an overall score of 85 points to move on to the Duels. In the Duels, contestants choose another competitor in their division to battle against. The contestant with the highest score in each duel moves on to the Cut. During this round, each division is assigned a mentor to help them prepare their routines. The top three scoring competitors in each division move on to the Divisional Final. During the Divisional Final, each remaining act performs, and the highest scoring act from each division is crowned the division champion, and moves onto the final round- the World Final. It is during this round that all four division champions compete to win the title “World of Dance Champion” and the $1 million prize.

It may be hard for the judges to decide who continues in the show, as there are many gifted dancers, but only one team can win. The season is just getting started, so be sure to tune into NBC on Sunday nights to keep up with the competition!