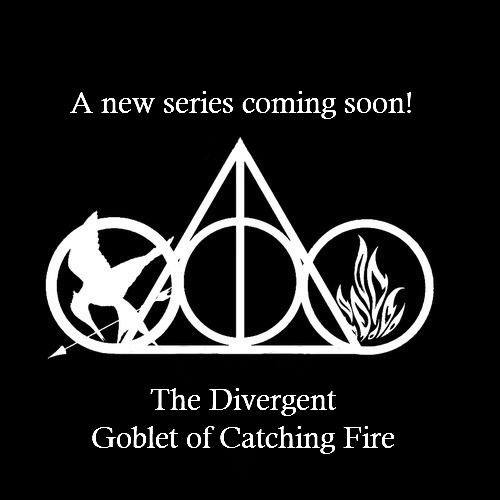 Logos aren't the only thing that's similar about this era's young adult dystopias and fantasies.

Books today are most definitely not the same as what they used to be. Some argue that this is a good thing, because the language is ten times easier to understand than Charles Dickens, but is that a good thing? The simplicity and uniformity of many of the plots in today’s Young Adult dystopias and fantasies are too direct to be called original.

To illustrate this point, choose a single story (novel or series) that follows along this general line:

That’s it. How many books can fill out that paragraph to a tee? A lot (think along the lines of Hunger Games, Twilight, Beautiful Creatures), and even more with just a few minor adjustments (now there’s Harry Potter, Divergent, Vampire Diaries, and who knows how many others), follow an easily crafted formula.

A book cannot claim originality if there are dozens of others just like it, but with different names and a different author. Someone should write the story that they want to read, but it’s hard to believe that so many people want to read the exact same thing. Granted, not every single YA dystopia or fantasy falls into the world of unoriginality, but there are too many that do.