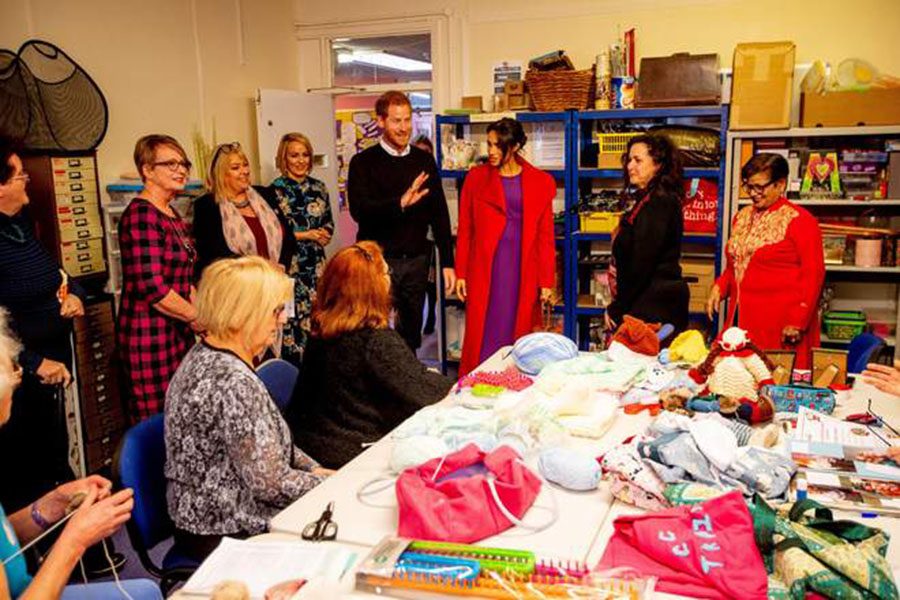 Prince Harry greets all the women in Birkenhead with his wife Meghan Markle. According to the Independent, “A standpoint we wholly agree with, as there is no divide between men and women in regard to this issue,” says the CEO of Tomorrow's Women Wirral in Birkenhead. The charity was very ecstatic to see Prince Harry arrive.

Throughout history, there have been many movements in support of the equal rights of men and women. These widespread demonstrations have mostly been promoted and operated by prominent female figures. However, that shifted when, while visiting Tomorrow’s Women Wirral in Birkenhead, Prince Harry asserted his views on feminism. Women Wirral is a community center for women who want to make positive lifestyle changes specifically focused on women’s rights. “By announcing he is a feminist, Prince Harry, who is a prominent male figure in England, is establishing that England supports women’s rights,” says Mary Martin ‘20.

The ability for men to be considered feminists has caused controversy in the past. However,  “…It is equally important for men to support the movement in female empowerment,” said Prince Harry. The Duke has been a popular figure for the movement in England. Prince Harry not only announced to the public that he supports the future progression of women’s rights, but he is also taking action as a feminist by showing up to Tomorrow’s Women Wirral.

The opposition believes that one must to be a woman in order to be a feminist because woman must stand-up for their own rights. According to Forbes Magazine, “Men and women don’t have to be the ‘same’ in physicality to have the right to equality.”

Many young females have strong opinions on feminism and why it is important for all genders to support this issue. “It is incredibly important for men in power to stand in solidarity with women and support equal opportunity and rights for women,” says Martin ‘20. Through his political transparency, the Duke of Sussex is doing just this and is actively advocating for a new culture within the monarchy.

Within the monarchy, Prince Harry has clearly noticed a need for the British and world publics to hear an individual of his stature  support the feminist movement. With Queen Elizabeth II as a strong societal female leader for so many years, England’s monarchy has drawn attention from men and women to take initiative in advancing feminism. With Prince Harry’s recent statements, he has reopened the discussion of the importance of feminism, both in and outside of the monarchy.  Prince Harry created a new window for people to look through.