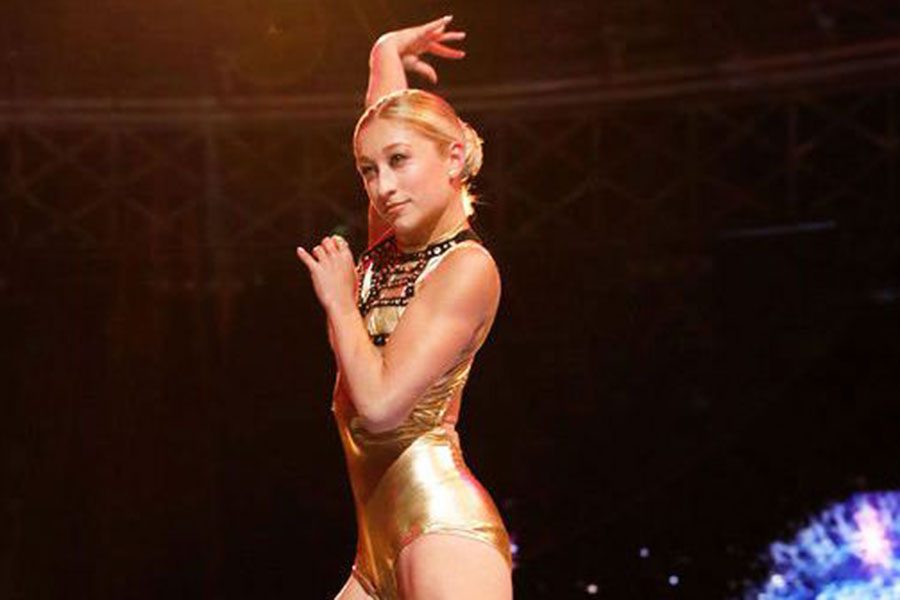 Briar Nolet, a dancer in the upper division, performs a solo for the judges during the Duels, the second round of the competition. Nolet wowed the judges with her technique and tricks. Derek Hough, one of the judges, called her performance “stunning”.

Although season three of World of Dance began in February, the show has already displayed a multitude of gifted dancers, all who have a shot at winning the grand prize. So far, the judges have narrowed down the pool of contestants to the most talented dancers, and the competition for the next World of Dance Champion is getting harder.

Derion and Madison, a duo from Los Angeles in the upper division, made a positive first impression with their initial audition and wowed the judges with their dance for the Duels, which is the second round. They scored higher than Derek Piquette, a soloist from Massachusetts, which sent them to the next round: The Cut. Derion and Madison choreograph their own routines, which is not very common in a competition like World of Dance. This sets them apart from their competitors and may give them an advantage against the other groups.

Lauren Yakima, a soloist in the junior division from Minnesota, is also moving on to the third round. She battled against House of Tap, a duo from California who specialize in tap dancing. While both performances were strong, Yakima received a higher score, and moved on in the competition. Yakima has a strong background in the field of dance, winning a number of awards and national titles prior to auditioning for World of Dance.

Briar Nolet, a soloist from Toronto, also has displayed winning potential throughout the competition. Originally eliminated but given a second chance in the “redemption” round, she scored higher than Denise and Josh, another pair from Toronto. Nolet has several impressive accolades, including many national titles, and was also on the cover of Dance Spirit Magazine in October 2016. Her strong technique and stunning tricks give her an advantage against other dancers in her division.

All of these dancers have many factors that could lead them to become the next World of Dance Champion. Derion and Madison choreograph their own pieces, Yakima has won many national titles, and Nolet is able to perform many difficult stunts. Each of these competitors has a good chance of at least becoming this season’s winner.

There are only two rounds left this season, so be sure to catch World of Dance on Sunday nights on NBC at 8 pm.