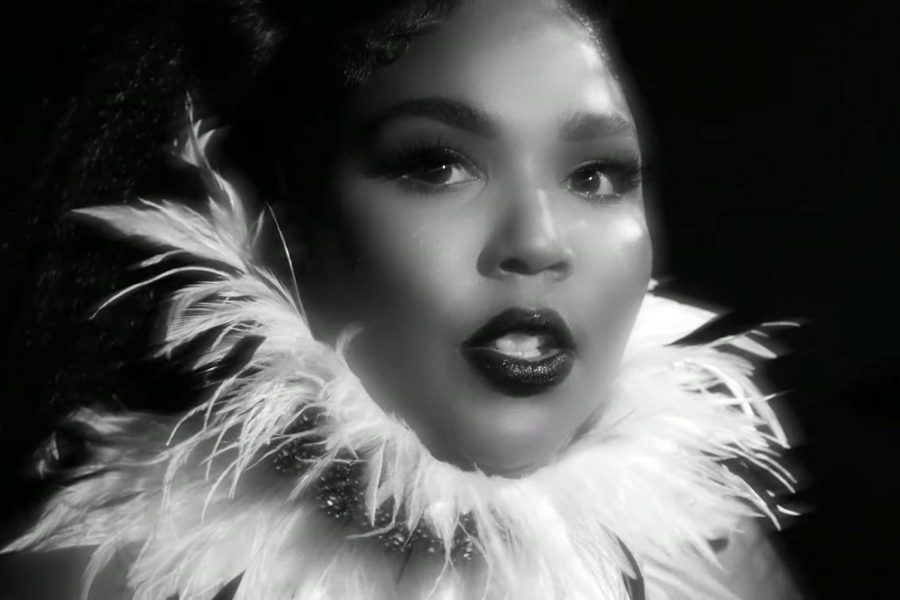 Artist, Lizzo poses for a dramatic photo. Her newest album offers a lot to her audience.

Cuz I Love You by Lizzo is an excellent album.

Hold on, let me rephrase that.

Cuz I Love You by Lizzo is the most excellent album I have heard so far this year. If you haven’t heard it yet, I beg of you, listen to this album.

Melissa “Lizzo” Jefferson is a Minneapolis singer, songwriter, rapper and flautist. She founded multiple indie rap groups over the past few decades, alongside releasing two relatively under-the-radar albums, with her debut Lizzobangers in 2013. Her unique mix of soul, R&B, pop, rap and dozens of other influences have always been appealing, but her most recent album takes those elements and elevates them to heights that have never been seen before.

From the very beginning of this album an eponymous song, “Cuz I Love You,” delivers exactly what the rest of the album will give you: impassioned vocal performances, incredible instrumentals, clever rapping and an unstoppable wave of positivity that cannot be contained. It’s immediately followed by the upbeat anthem “Like A Girl,” exulting the triumphs of women without a single element of compromise or weakness. The songs “Juice” and “Soulmate” both form around a central message of self-love, and both deliver this message by utilizing fun, playful instrumentals that might remind you of 80’s era disco or funk music.

From there, the album slows down into a smoother, jazzier vibe. “Jerome” delivers some hilarious wordplay as Lizzo scolds an admirer who simply isn’t quite her type, and “Cry Baby” gives a slow, thumping self-analysis of a relationship that isn’t working out. From there, the album picks up again with the party banger “Tempo” and the funky “Exactly How I Feel.” Both of these songs contain features from rap artists Missy Elliot and Gucci Mane, respectively. While these features have a lot of personality, they don’t detract from the overall feel of the album or make it feel any less from Lizzo’s album. The speedy “Better In Color” sends a message of positivity for all forms of love. However, it never stops to preach or pontificate to the audience; instead, it allows the truth it holds to be self-evident. “Heaven Help Me” is the penultimate song on the album, continuing the struggle described in “Cry Baby,” with Lizzo seemingly struggling between a personal need for stability and a need for love. As she herself says, “If your love didn’t drive me crazy, maybe I’d be your baby.” The final song, “Lingerie,” ends a raucous album with something of a slower love song with instrumentals and vocals that feel like they could have walked straight out of the 70’s right into your headphones.

In conclusion, Cuz I Love You is a triumph, a kindness, a blessing, whatever way you phrase it, it’s an excellent album. Frankly, I only have one complaint: the album is only 33 minutes long. They are well-spent minutes, yes, but I wish that they were longer so I could hear more of Lizzo’s unique blend of genres and talent ability to convey emotion to listeners.