Where’s the proof in science? 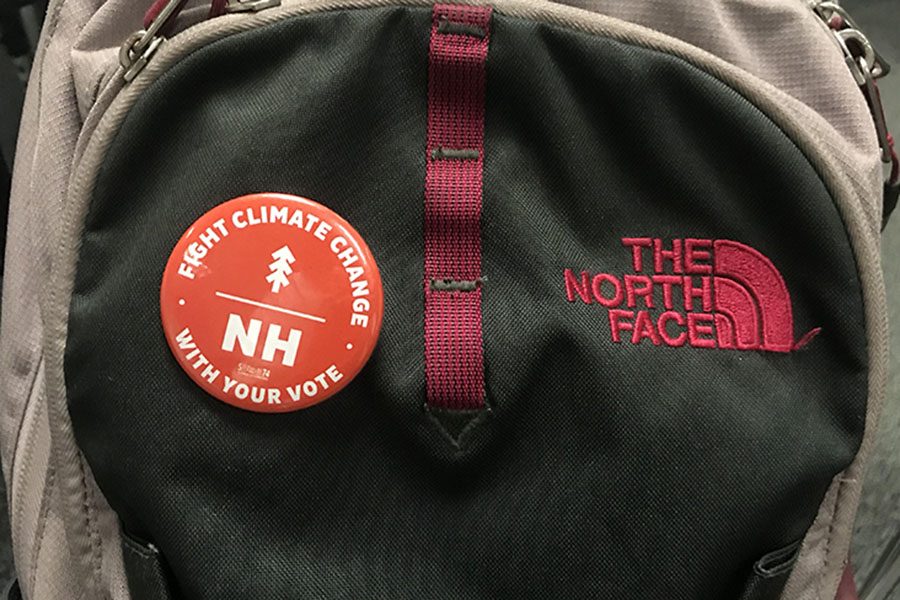 “I think it's a very serious global issue that needs to be addressed immediately or my grandchildren will live in a different world” says Michael Fox. One of the most important things a citizen of the United States can do is research and vote. Science is real.

With global temperatures rising, sea levels rising and ice sheets sinking, some people still refuse to “believe” in climate change. Although, what is there to believe in? Climate change has been proven by science, which is based on facts. Reality is scary, but people find comfort in denial.

So why don’t people believe in it? “There’s controversy around climate change because potentially fixing it requires vast societal and economic changes. People can be afraid of that and change in general,” says Rachel Cerato ‘19. Per usual, America has found a way to make the situation political. It is known that left wing liberals “believe” in climate change, while right wing conservatives choose not to believe in it like it’s the Easter bunny or leprechauns.

When did people start doubting science? It became a lot more prevalent with the current administration as they changed the intended direction of the Environmental Protection Agency (EPA) and the Department of the Interior (DOI) that manages our national parks. The DOI is giving land designated to national parks to ranchers, opening it up to oil drilling, and creating pathways for pipelines for natural gas. “The republican conservatives deny the science because economically it’s in their interest,” explains a well known english teacher at HBHS, Michael Fox. People are afraid of making the changes needed, but they should be more afraid of the reality of climate change. It’s scary to face the truth about what our future could be like. Even researching this topic is disturbing, but it’s more disturbing that people are denying it. Science is not a conspiracy theory.

According to EPA , human activities that burn fossil fuels for electricity, heat, and transportation are responsible for almost all of the increase in greenhouse gases in the atmosphere over the last 150 years. Live Science tells us that a greenhouse gas is any gaseous compound in the atmosphere that can absorb infrared radiation, which traps and holds heat in the atmosphere. When the heat increases in the atmosphere because of the greenhouse gases, the greenhouse effect comes into play and causes global warming. Though global warming seems to be more prominent now, the concept has actually been around since before the 1900s. In 1896, Svante Arrhenius had a paper published in the Philosophical Magazine and the Journal of Science. He was the first to determine the contribution of carbon dioxide to what scientists now refer to as the “greenhouse effect.” It’s sickening to know that we could have started helping the planet that long ago, and if we did, things would be different.

Renewable energy plays a huge role in reducing greenhouse gas emissions. Using renewable energy will reduce the use of fossil fuels which are major sources of U.S carbon dioxide emissions. Most renewable energy is obtained from the sun, which can be captured using solar technologies. The heat from the sun drives the winds, whose energy is captured by turbines and plants use the sun to grow and store their energy which is utilized for bioenergy. Though a lot of renewable energy sources rely on the sun, not all of them do. Geothermal energy comes from the Earth’s internal heat, tidal energy comes from the moon’s gravitational pull, and hydropower relies on the flow of water.

Along with pushing for renewable energy, people should make their commute green. Take the train or bus, carpool with friends, ride a bike, switch to an electric vehicle, and fly less. In Canada, transportation accounts for 24% of climate polluting emissions next to the oil and gas industry. Small changes you make add up. If 1,000 people say “it’s just one straw,” or “it’s just one plastic water bottle,” that’s 1,000 plastic straws or water bottles being used, therefore increasing the plastic production. Chemicals like benzene and hydrochloride that are known to cause cancer and contaminate our air, are produced from the production of plastic.

Eighty one percent of millenials believe in climate change, and 65% say it’s caused by humans. Members from generation Z have filed a federal lawsuit against the government for not putting stricter climate change rules in place. In Juliana v. United States, US District Court Judge Ann Aiken said “exercising my ‘reasoned judgment,’ I have no doubt that the right to a climate system capable of sustaining human life is fundamental to a free and ordered society.” This group of 21 youth plaintiffs are suing the government in order to preserve their future, and this judge ruled in their favor.

It hurt me to read about climate change and quite frankly I didn’t want to read about it. I was overwhelmed, but I needed to face reality, and the world needs to do the same.