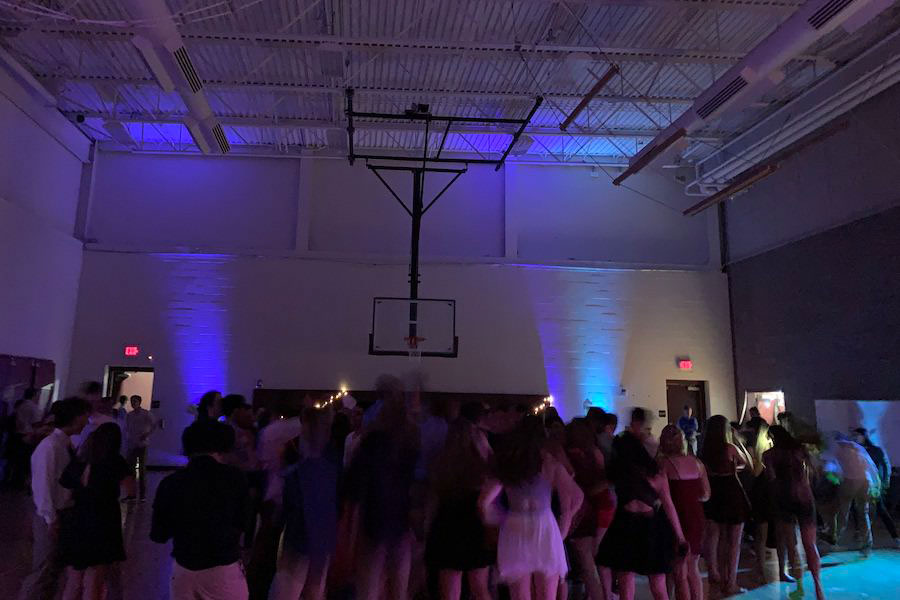 Over 300 students dance in the HBHS mini gym while having fun with their friends. Many students enjoyed their Homecoming dance by being social and enjoying time with their peers.“It was the most enthusiastic I’ve seen students about the dance…” said Coady ‘20.

As the last week of October comes to an end, many school festivities get packed into the last couple of days. The first event to wrap up the month was the HBHS homecoming dance on Friday, Oct. 25 in the mini gym. Bringing back tradition, homecoming took place this year after it was previously replaced with “The Harvest Ball,” last year. Many students, excited to have homecoming back, attended the school dance, which raised over 3,000 dollars for the senior class.

Getting students to participate in school dances and events has been a struggle in the past and doesn’t always bring in as much income or play out as the senior class expects. However, this year, over 300 students made an appearance at the Homecoming Dance, which amazed HB’s student council.

“The turnout was exceptional; I heard that it might have been a record level of attendance for a school dance,” said Martin.

The class of 2020 was particularly satisfied with the amount of revenue the dance brought in. Raising over 3,000 dollars at Homecoming in late October, it was three times as much money as advisors have seen school dances regularly make. “We were all ecstatic. Bobby O. even said this was the best school dance since ‘09. We really weren’t expecting to triple the average school dance profit, but we are thrilled we did. A lot of students have a negative outlook on school dances but everyone I have spoken to have said they had a great time.” said Senior representative, Ariella Friedman ‘20.

Still working on other ways to raise more money, the seniors still have a ways to go. “I couldn’t say for sure how much money we still need. Things like class dues still need to be accounted for, and we definitely still have a good amount left. This [homecoming] will definitely help. The fundraising we’re doing is to offset the costs of graduation, prom, and senior trips. The more money we get  the better quality our trips will be [and] the cheaper the prom tickets will be and the better the prom will be,” continued Martin.

Although the senior class is very content with the amount of money they produced at homecoming, they still have a ways to go. Prom being the biggest financial burden and social event that the school hosts, it’s certainly not the only event they have to take into account. Being able to have enough money for other events such as graduation is something that is important to all senior classes. The class of 2020 , like the many before them, is unsure of how much money is still needed to compose to be at a comfortable spot to pay for typical senior events. However, they are not yet stressed because they have more fundraisers up their sleeves.

“We have another fundraiser coming up. We are selling yankee candles, and every candle sold, we get 40% of the profit.This wouldn’t sound like a huge money-maker, but last year we had under twenty students participate and we made just under $1000,” said Friedman.

More than happy with the outcome of Homecoming this year, Senior student council secretary,  Lily Coady ‘20, said, “[the dance was] Lucrative and fun .. Who could ask for more