Are Caffeinated Drinks A Good Option For Students? 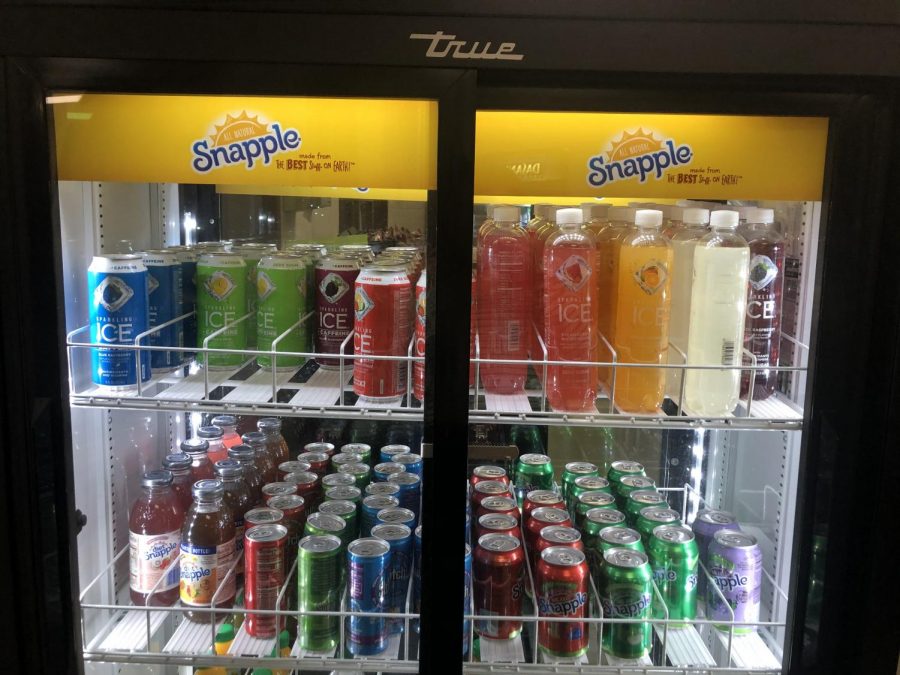 The new beverages are lined up on the racks of the fridge. These drinks will probably be sold out by third lunch! “I love the new drinks!” said Logan Desruisseau ‘22.

New drinks line the racks of the Hollis Brookline High School cafeteria fridges in an abundance of vibrant colors. Students have been enjoying these new delicious drinks since the start of the school year. However, one of these drinks is not like anything the school has offered before. The brand new “Sparkling Ice +Caffeine” has raised many opinions from both the staff and students.

Kristen Roy, an HBHS Spanish teacher, has a strong opinion on these new drinks which have no cap and look like a large can. “I don’t think I have a problem with caffeine per say, I think I have more of a problem with how it is bottled,” said Roy. She wishes that these new drinks had a cap that students could sip from then reseal. When these drinks are spilled, it causes a major disruption in class.

Maria St. Pierre, the Wellness teacher, has a different view on this topic. She cares more about the caffeine that these drinks contain. “Caffeine isn’t necessary,” said St. Pierre. She is very concerned that students will become reliant on the natural stimulant. “I’m worried that the kids are going to use these to keep themselves awake; it’s not good for kids [this] age,” said St. Pierre.

However, even before these new drinks were available, students still had access to caffeinated drinks. “Kids today come in with coffees that we don’t offer here anyways,” said St. Pierre.

Logan Desruisseau ‘22 brings in a coffee everyday. “It makes me feel more focused and awake,” said Desruisseau. She has been exposed to caffeine for awhile now, so caffeine will not affect her as much. “In moderation, if you’re already exposed to it, I don’t think it is going to be a big deal,” said St. Pierre.

When someone with a lack of exposure to caffeine is exposed, the effects are visible. St. Pierre has seen this happen before to one of her students. “She had never had a caffeinated beverage in her life. Someone bought her a coffee, and she was so out of character. She was talking a mile a minute. It’s not healthy because it’s affecting your brain,” said St. Pierre.

So what is the safest option for a beverage at HBHS? “Water is my favorite drink option because we need water.” said St. Pierre However, there are some students who don’t favor its taste. Desruisseau said, “I don’t like how bland water tastes.” However, there are other options for students like Desruisseau.“When I get bored with regular water, I like the sparkling fizzy water,” said St. Pierre. Also, some students’ favorite drink is soda, a beverage which isn’t offered in the school’s cafeteria. Fizzy water and soda have similar textures. “What I find, is that the people who like soda like the bubbles, and it’s harder for a soda drinker to switch to plain water, so fizzy water is a good transition,” said St. Pierre.

These new drinks at HBHS may be tasty, but may have an effect on students with no caffeine exposure. However, most students have already been exposed. The best option for students still remains as water, but sparkling water is a great alternative. Students can keep enjoying this new beverages as long as they have already had exposure to caffeine.