The first #1 album of the decade 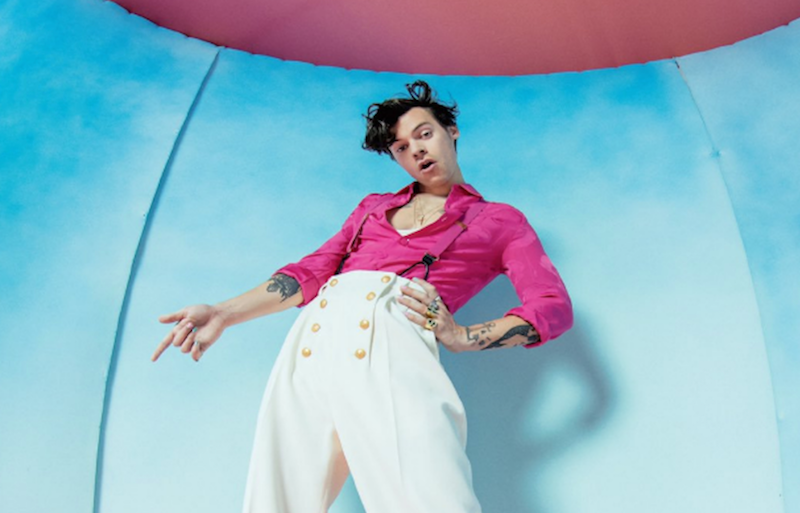 Harry Styles “Love On Tour” will be featuring King Princess (Europe) and Jenny Lewis (U.S.& Canada), as opening artists. “It all just comes down to I’m having more fun, I guess,” said Styles. The tour begins in the U.K. on April 15.

On Dec. 13, Harry Styles released his sophomore album Fine Line. The album debuted at number one on the Billboard Top 200 and has stayed there for two weeks, making it the first number one album of the decade. According to Rolling Stone, “Fine Line earned nearly 93,000 album-equivalent units, including more than 38,000 album sales and over 52 million streams.” Fine Line is Styles’ second solo album since the 2015 breakup of his band One Direction.

For Styles, being at the top of the charts wasn’t the goal. “If you don’t hit the top of the chart, your life doesn’t change. If that was what I was aiming at, and then it didn’t happen, then I’d feel so much worse. But redefining it for me has been amazing to be like… that’s not the game I’m playing,” he said, during a Beats 1 interview with Zane Lowe in Nov.

Styles’ first of three singles for the album, “Lights Up” was released in October prior to the announcement of the album. The single greatly contrasted his first single, on his self-titled album Harry Styles. His single, “Sign of the Times,” was a nearly six-minute emotional song, as opposed to the three-minute upbeat change that the new single brought for avid listeners.

During his Nov. 16, appearance on Saturday Night Live, in which Styles was the host and musical guest, he performed “Lights Up” and “Watermelon Sugar,” the latter being released approximately 20-minutes prior to the performance during the airing of the live show. The two singles have a very different sound than those on his last album, which only built the anticipation for his coming music.

The album is organized together in a specific way that the songs follow a story when listened to in order.

“I want to make albums that I want to listen to top to bottom because that’s just how I listen to music,” Styles said, In a Rolling Stone interview prior to the release of the album. A few of the songs lead such as “Falling” and “To Be So Lonely”, follow one another almost perfectly. After “Falling” ends, the first line of “To Be So Lonely” is “don’t blame me for falling, I was just a little boy”, which leads from one song into another that tells a completely different story, a transition system from song-to-song unlike any other.

“Heard as a whole, the ‘Fine Line’ album makes almost no sops to sounding like anything else you’ll hear on the radio,” said Variety in a December review of the album.

With the album out, Styles will be embarking on the U.S. leg of his world tour beginning June 26, in Philadelphia and wrapping up in Las Vegas on Sept. 5. Styles has not failed to impress fans and others alike, leaving further anticipation for what is next to come.