The daunting week of midterms 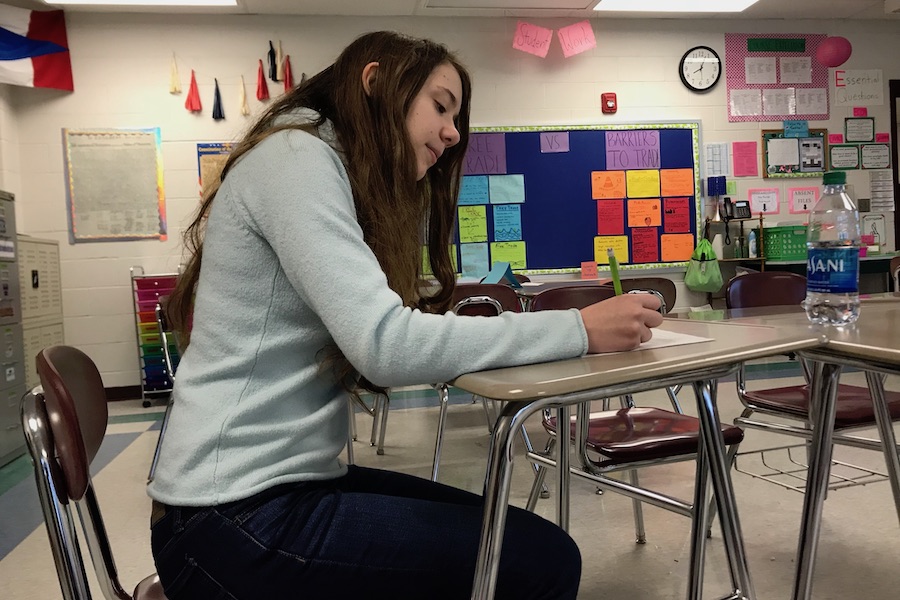 Project-based midterms are becoming increasingly popular at H.B.H.S. They tend to be more favorable since they can be applied to a variety of skill sets learned throughout the first semester. “I would have more project-based or expression-based stuff where the students are applying the things they have learned in a more proactive setting instead of a stationary setting,” said Ari Frankel ‘21.

With midterms upon us, their value in our modern-day society comes into question. The nearly week-long series of tests have been described as incredibly stressful by American media outlets in recent years. They’ve pinned these tests as a taxing time in a student’s career, where their anxiety is on overdrive and they’re stressed “to the nines.” While this may reflect some of the truth, it fails to capture the entire picture.

The concept of midterms–to assess how much a student has retained throughout the first semester–is good in theory. These exams can shed light on what topics need to be more heavily addressed, especially in classes where the coursework constantly becomes the foundation for the following units. On the other hand, midterms can cause an immersible amount of stress for the test takers that often reduces the accuracy of the assessment.

An incredibly large spectrum of testing types is a result of minimal standards for midterms.

“We have such a wide variety of classes [at H.B.H.S.], that creating a standard method would render midterms for classes, most likely the arts, ineffective. Allowing teachers to design their own tests lets them decide what they think is the best way to assess skills that they teach [because,] after all, they know the subject best,” said Leo Marandola ‘21.

Although the large variety of classes creates drastically different tests depending on the course, and sometimes even the teacher, some students prefer project-based midterms versus the more typical paper test. “Projects tend to be easier to focus on an entire overview of the ideas learned through class and the semester. They tend to be more accurate in assessing in your knowledge and your application, rather than just fill in the bubble,” said Jade Weaver ‘21.

Lorna Spargo, the computer science and Personal Finance teacher at H.B.H.S., understands her students’ shared love of projects: “I believe students like the projects. It gives them the opportunity to think outside the box and be creative to prove their mastery of skills. That is my guess! However, there are some students that prefer a test.”

Even with some classes leaning toward project-based testing that allows for more focused preparation and studying routines, stress often plagues students the same during midterms.

“For the most part, I think it’s [a] fairly manageable stress, though, and [it is] a type [of stress] that you’d run into beyond [high] school, too, [in work and adulthood],” said Marandola. For every student, the effects vary; it may be acceptable for some and a substantial burden for others.

For Ari Frankel ‘21 the experience is nothing short of disastrous depending on the courses they’re testing for that day: “Immediately after the test, I will be buzzing with anxiety. I will have an anxiety attack and my hand will be on fire. It’s a horrible experience overall.” Despite the stress students endure, Frankel also acknowledge that, “It’s gotten me good at test taking in general. For SATs, it’s prepped me a lot…[and] for A.P. classes.”

The midterm week may bring stress, but in the long run, it’s simply designed to assess student understanding of the course. If the week begins to feel overwhelming, there are a lot of outlets for support. Consulting teachers to figure out how to best utilize time before the test, or confiding in a friend can calm nerves and help students feel more prepared. For those who don’t struggle as much, aid those who need the support. Good luck on midterms!