What to watch during quarantine 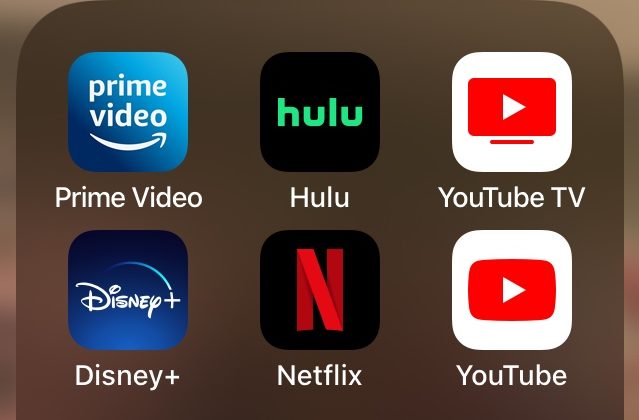 Quarantine can get extremely boring especially if you can’t find the right show, movie, or documentary to watch. But luckily there’s something out there for everyone. “I recommend 30 for 30 documentaries for anyone who’s into sports. They’re usually on demand or on Netflix. I watched a really good one on demand about Michael Vick and the dog fighting scandal,” said Emelia Mulligan ‘20.

It’s been about four weeks since the Hollis-Brookline quarantine has started. Boredom has struck. Many students are watching more TV now than ever before, but with such a wide collection of shows, movies, and documentaries, what should you watch? Here is a list of HB student’s must watch ‘flixs during your Coronacation.

If you’re interested in seeing the drama within other people’s lives, reality TV might just be what you are looking for. Keeping Up With The Kardashians, The Bachelor, and Jersey Shore are well known shows in the reality television world, but there are many more that could just be your binge-worthy show. “90 Day Fiancé is on Hulu and TV. It’s about Americans who find love online and bring them over to the US on the K-1 Fiancé Visa. They have 90 days to decide if they want to get married,” said Emelia Mulligan ‘20 who has been watching the series and the many spin-offs of the show. “I’m a huge fan of reality TV, whether it’s actually “reality” or not, and it’s really interesting to see how the foreigners experience life in America for the first time,” said Mulligan.

90 Day Fiancé among its many spinoffs is not the only reality show that Mulligan has indulged in over her Coronacation. “Besides 90 Day Fiancé, I’ve also been watching a lot of Teen Mom OG. I recommend it to anyone who’s like me and loves reality shows. This show started as 16 and Pregnant back in 2009, following the lives of young teenagers as they navigate their first years of parenthood. Some of the same members of 16 and Pregnant star on Teen Mom OG. It’s cool to see how much they’ve changed since starting the show at 16,” said Mulligan. If you are interested in watching these shows they are available for streaming on Hulu, the MTV app, and on live TV.

If you want drama but not within the reality TV realm, a show such as Grey’s Anatomy might be worth the watch. “During this quarantine, I’ve been rewatching old shows like Grey’s Anatomy,” said Lilly Ogren ’20. Grey’s Anatomy is a medical drama series based in Seattle Grace Mercy West hospital starring Ellen Pompeo and none other than Patrick Dempsey. The stars begin their careers as interns in the hospital, Pompeo known as ‘Meredith Grey’ is the daughter of a famous surgeon. The show highlights Grey’s struggles of relationships and her internship.

Rewatching previous favorite shows seems to be a trend for HB students including Zoe Taylor ‘21. “I am rewatching Gossip Girl” said Taylor. The show stars Blake Lively and Leighton Meester and is about all the drama Upper-East side privileged teens have while attending high school all while an online website sends out blasts and scoops of the New York City teens. These shows are available for streaming on Netflix.

If you aren’t one for drama, comedy shows might be your best bet. “I recommend the classic tv shows like Parks and Recreation and The Office, but there are actually some other shows on Netflix that are pretty underrated and I wound up liking. One of those would be One Day At A Time. One Day At A Time is a sitcom comedy-drama which follows the life of a cuban-american family,” said Ogren. Shows like Parks and Recreation and The Office are very commonly known comedic shows. If you are looking for something new to watch, that is less mainstream the newly added series Community, a show about a lawyer who’s degree gets revoked and returns to community college might be a better fit for you.

To keep the Netflix show trend going, if you are more into real crime shows, documentaries are definitely the way to go. “Some good documentary series are Unbelievable and The Trials of Gabriel Fernandez. Both can be difficult and possibly triggering to watch for some, but they do an amazing job in telling the stories of what happened to the individuals involved in the events,” said Ogren.

The crime documentary trend continues with Taylor who has been binging shows under the crime docuseries category. “A really good documentary is The Disappearance of Madeline Macann, it’s sad but interesting to learn all about her disappearance,” said Taylor. Another hit documentary series that has been released on Netflix is The Tiger King. “I’d recommend watching The Tiger King. It’s a really eye opening show and shows a lot about how the big cat industry is,” said Taylor. The show reveals the horrors of the big cat industry and the crimes that take place within it.

If you aren’t one for tv or documentary series, a movie is probably more your speed. “I’d recommend The Perks of Being a Wallflower. It’s about a high school boy who struggles with mental disorders,” said Taylor. This movie was added to Netflix during our time in quarantine.

There are many different platforms to watch series’ and movies today, making it hard to pinpoint exactly what to watch next. Whether you’re interested in reality tv, dramas, comedies, documentaries, or movies there is something out there that will ease your boredom during your COVID-19 quarantine.