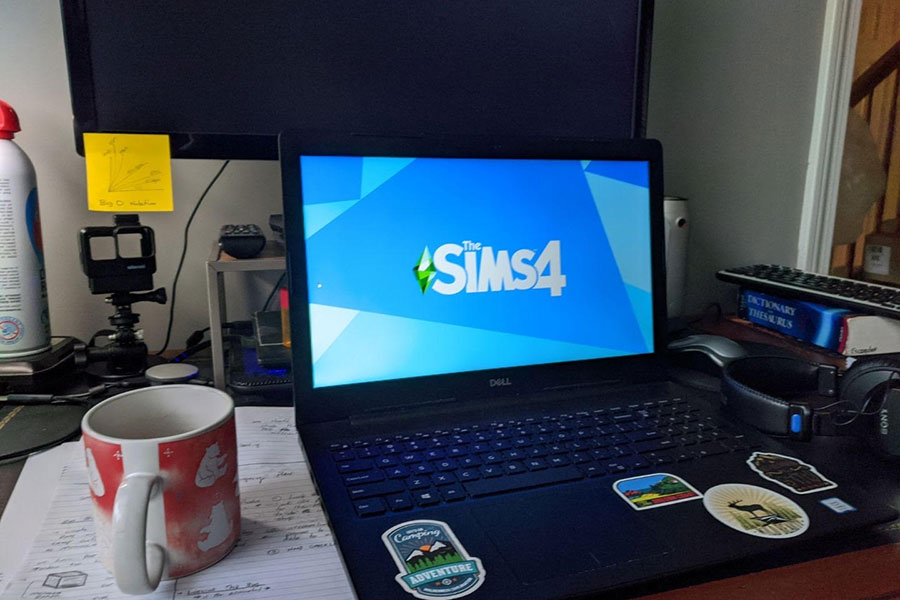 Hannah Escandon loads up the Sims 4 on her laptop, as she cracks her knuckles in anticipation of the intense gaming session to follow. “I like building things in the sims because you can just have all the money in the world, and like wow!”

Since mid-March, we have all been cooped up inside our houses, and as of right now, there’s no telling exactly when we’ll be set free. People are in dire need of ways to stave off the eternal boredom of isolation, so naturally, many have turned to video games for relief. Video games have the potential to keep you entertained for hours, even days on end, provided you play the right ones. Unfortunately, with so many games out there, and many costing an arm and a leg, inexperienced gamers are entirely unsure of which games they should try out first. However, fear not, ye virgin gamers, for below are three handpicked majesties of the video game enterprise, all reasonably priced and packed with hundreds of hours of enjoyable content.

The Sims 4 is a real-life simulation game, in which the player creates their own Sim character, and controls their life and the events around them to affect how the game plays out. Hannah Escandon ‘21 is a long time Sims enthusiast, who thinks now is the perfect time to give it a try. “Quarantine is a great time to play the Sims, since everyone wants to act out freely again – the  Sims is like a simulation of life, you get to do whatever you want so it’s perfect!” said Escandon. The game acts as an open book for the player – you can do anything from building your dream house to experimenting with different personality traits and character interactions. This near limitless possibility in turn allows for hours of engaging, thought-provoking entertainment, all for $5!

Rocket League is an online soccer game where players control rocket powered cars, driving them into a massive soccer ball in order to score a goal. Aaron Lawrence ‘20 has been playing the game for years now, and believes he’s truly found his calling in life. “It’s kinda my thing. I’m in the top .1% of all rumble players in Rocket League, I’m the season 11 Grand Champion, and being a lifelong soccer fan and player, it’s very fun for me,” said Lawrence. While Rocket League does bear a hefty $20 price tag, it can be returned within two weeks for a full refund. Furthermore, because Rocket League is an online game where the player competes against other people, its content can never be exhausted – there’s always higher ranks to climb to, and better opponents to face off against. “Being able to play this game has made quarantine a lot more enjoyable,” Lawrence concludes, so if you’re in the mood for some competitive, fast paced rocket-car-soccer, Rocket League is definitely the game for you.

Don’t Starve Together is the multiplayer sequel to the survival game Don’t Starve, in which the player must find ways to sustain themselves while they are beset by monsters, hunger, darkness, and insanity. Don’t Starve Together has almost immeasurable depth, with features such as day and night cycles, changing seasons, and the ability to journey underground to more difficult areas. “The game itself has an enormous amount of content, to the point where a player could spend hundreds of hours progressing and still have more things to explore, craft, build, and whatnot,” said Kai Jimeno ‘21, who likens the game to a more challenging and survival oriented form of Minecraft. In Minecraft, states Jimeno, the player is most often concerned with what they will be building next, whereas in Don’t Starve Together, the player is concerned with how they will fend off the next imminent threat to their life, be it starvation, freezing to death, or a horde of monstrosities. If you prefer a more casual experience, the game allows you to join forces with your friends and work together to overcome challenges, and at $15, it’s an absolute bargain for anyone seeking an immersive survival experience.