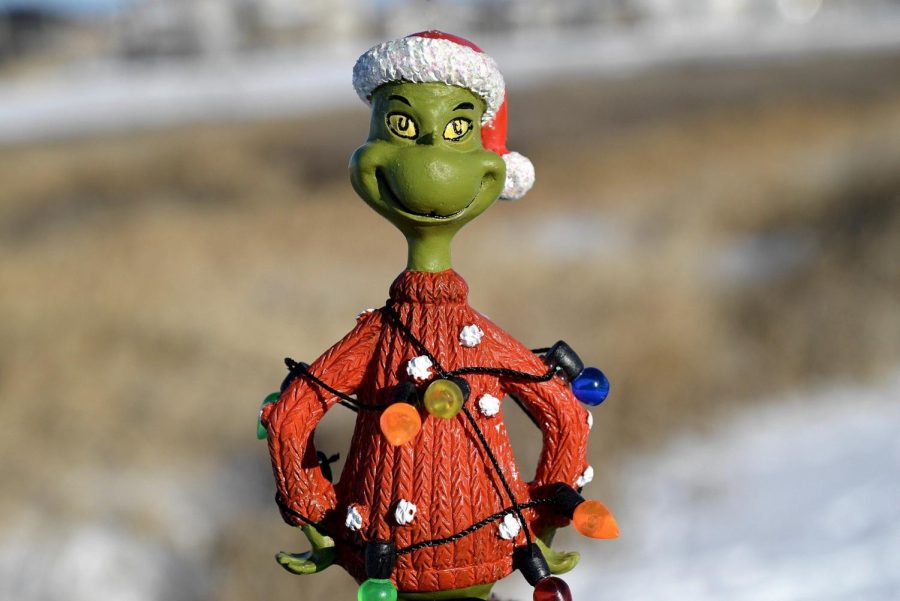 Grinch fans wonder whether or not this 2018 adaptation is worth the watch this Christmas season. This is the third movie iteration of Dr. Seuss’ famous book, now done by Illumination Entertainment. “Some [liberties] are just padding, some quite mistaken,” says Associated Press News writer Mark Kennedy.

I would be lying if I said that my first reaction to hearing that Illumination Entertainment was remaking Dr. Seuss’ How the Grinch Stole Christmas was one of joy. I personally wasn’t a fan of their reinterpretation of The Lorax, nor their original stories like Sing or The Secret Life of Pets. However, I cast aside my overall dislike of the studio and decided to give The Grinch a chance.

The overall plot is the same. The Grinch, who lives alone on Mount Crumpit, decides that he is going to steal Christmas from the Whos, but meets a little girl by the name of Cindy Lou Who. She changes his heart, and right before he is about to get rid of all of the Christmas stuff that he has stolen, the Grinch hears the Whos sing as if nothing happens. This makes him realize that Christmas is about more than just stuff, his heart grows three sizes, and he returns to Whoville to return the stuff he stole and join the Whos for Christmas dinner. However, Illumination does use its creative liberty to add more to the plot.

While the original book and 1966 television special chose to leave the Grinch’s origins a mystery, this retelling of the story gave him a backstory just like the 2000 live-action movie starring Jim Carrey. However, instead of being exiled by the Whos for looking different, Illumination’s Grinch was an orphan that was alone every Christmas. His loneliness drove him to hate the holiday and the cheer associated with it. This decision seems to be the most divisive one in the movie. “Providing the Grinch a poignant back story creates its own quandary. While ostensibly explaining how the Grinch got so Grinch-like, it also inclines the viewer to raise other questions,” commented Glenn Kenny of the New York Times. Others agree. “It’s suggested that our old friend the Grinch is an orphan, as though that excuses inflicting misfortune,” said Mark Kennedy of Associated Press News. He isn’t the only one to not like this course of action. I both agree and disagree with these assessments.

The explanation of the Grinch hating Christmas because he is an orphan is weak at best. While this concept may have worked for Scrooge in Charles Dickens’s A Christmas Carol, it was only because Scrooge also had other reasons going for him about hating Christmas. In this movie, being orphaned seems to be the only reason the Grinch hates Christmas. Yes, it is touched upon that he hates the materialistic side of the season, but this seems to be more of a minor thing for him. However, I don’t think that the general idea of giving the Grinch a backstory is a bad one. I feel that if it was executed right, it could add a little to the movie. If Illumination made the Grinch’s detestation of the materialism that Christmas tends to propagate, that could have made a more interesting and more compelling background.

The other major change to the story has to do with Cindy Lou. In this version, Cindy Lou is the eldest child of a single mother with twin newborns and who works several jobs while parenting. Throughout the movie, Cindy Lou makes a plan to trap Santa Claus when he comes so that she can ask him to help her mom. Cindy Lou is also shown as more of a tomboy. She isn’t as into girly stuff nor is she the delicate flower that other versions have portrayed her to be. This is something that I really liked. Giving Cindy Lou Who more characteristics than just “stereotypical young female” added more depth to her personality. The fact that she doesn’t want toys and wants to help her mom also makes the Grinch’s change in opinion more believable and shows the audience that some people have more of a reason to want to celebrate Christmas.

Jumping away from the plot, let’s take a look at the voice acting. In the original 1966 version, Boris Karloff voices the Grinch. Now, it is Benedict Cumberbatch who takes the role of the bitter protagonist. The catch is that he chose to use an American accent. At first, the sound of the Grinch’s voice made me cringe. Yes, the viewer gets used to it as the movie goes on, but Cumberbatch has shown he can do a much more pleasant American accent in other works of his like Doctor Strange. All the other voice acting was well done; however, the Grinch’s neighbor, Mr. Bricklebaum, seems to be only in the movie so that Illumination could cast SNL’s Kenan Thompson for the role.

I was pleasantly surprised by the quality of the animation. The glistening snow looked beautiful, and this level of quality in the animation remained constant throughout the movie. In fact, this is something even the harshest critics agree on. “Credit goes to the film’s visual effects folk, who made fur alive and gave texture to smoke,” wrote Kennedy, despite only giving the movie 1 start out of 4 in his article.

The best description of the movie as a whole, though, came from Entertainment Weekly. “The latest animated iteration of Christmas’ most famous nemesis might not be strictly necessary, but it’s still pretty fun,” wrote Leah Greenblatt. Greenblatt gave the movie a B+ and I think that is fair. The Grinch may not be the most perfect, but in the end, it is still fun to watch. Some of the jokes got a genuine laugh or chuckle out of me, and the viewers can see that the people who worked on it put a lot of care into it.

If you are trying to figure out what version of the Grinch you want to watch this year, there are multiple things that must be considered. If you are looking to just laugh and have a fun time with an older audience, then the 2000 live-action movie will suit your needs just fine. However, if you are looking to entertain kids and give them a more heartfelt adaptation of Dr. Seuss’ book, I would recommend the original version, and if not that then this one. It is only $4 to rent on Amazon Prime Video and Youtube.