Son of a Nutcracker! 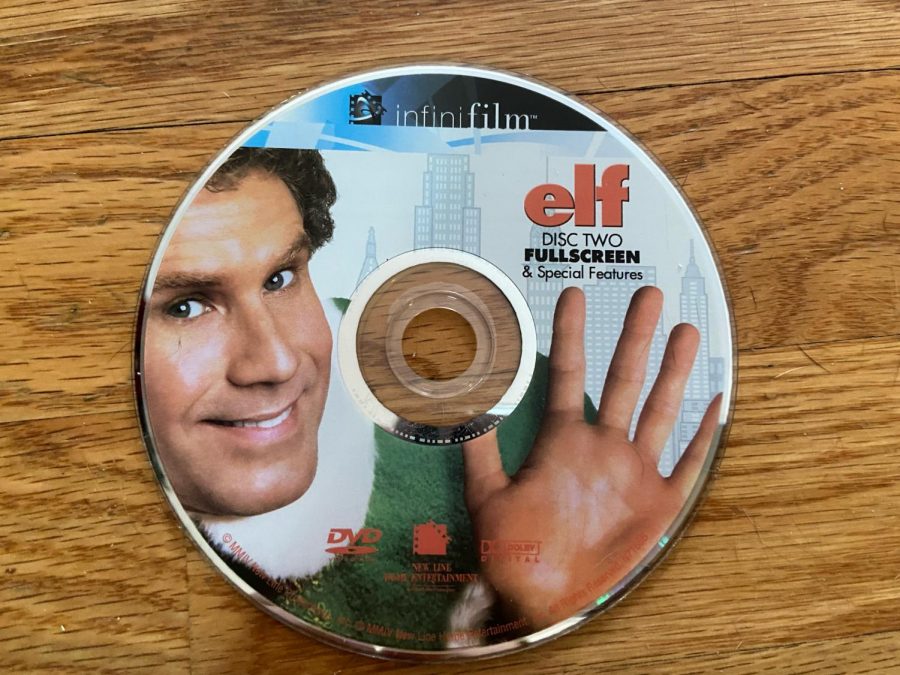 Here is the DVD disc of Elf. The movie that came out in 2003 is still a timeless classic and the perfect addition to anyone’s Christmas movie list. Just like Buddy the Elf says, the movie does “Spread Christmas cheer by singing loud for all to hear”.

During the holiday season, Christmas movies are always in the highest demand. Every family has their own favorites: movies like It’s a Wonderful Life, National Lampoon’s Christmas Vacation, or A Christmas Story. However, another timeless classic that is usually left out of this group is  Elf: Buddy’s Sing & Cheer Along. This movie is beloved by all ages and has humor appropriate for every age group. However, Will Ferrell’s acting and humor is not for everyone.

Will Ferrell plays Buddy the Elf, a human baby in an orphanage who was transported to the North Pole via Santa’s magical sack. Because of this, he ends up being adopted and raised by elves. The movie really starts off when Buddy is an adult and decides to go to New York City to look for his biological father. On the way he encounters many new experiences such as love, a new sense of human family, and why you should never eat gum off the streets.

Since 2003, Elf has served as a wholesome family movie to watch every holiday season. With many famous people in its cast, it has been the source of many memories for families. See IMDb for more information on the cast of Elf. Elf had a great rating as well, scoring an 84% on Rotten Tomatoes.

When polling people through social media, The results from a social media poll were in majority were majority in favor of enjoying the movie. Out of the two options: love it or hate it, 87% of voters voted for “love it” while only 13% voted for “hate it”. This means that 11 people voted against Elf while 75 voted that they enjoy the movie. The majority of people who were polled were teenagers, and only one of the adults polled did not like the movie, showing that the movie does in fact have humor for all age groups.

All in all, the movie fulfills its goal of “Spreading Christmas cheer by singing loud for all to hear”. Sharing its positivity through quotes like “I just like to smile, smiling’s my favorite!” and “Buddy the Elf, what’s your favorite color?”, the movie brings the Christmas spirit in a big way, leaving the audience laughing together and in the mood for some hot chocolate.

This is the perfect movie to curl up with a nice blanket to watch on Christmas Eve while baking cookies for Santa Claus. Elf proves essential to any Christmas movie marathon and any holiday party (Whenever those are allowed again). It is a heartwarming Christmas essential for any families snowed in nights, and teaches to spread positivity to children through the humor of Buddy the Elf.

Elf has even been in the spotlight for years, and events from the movie have even happened in real life. On Dec 5 this year, a man even met his real dad on the street who happened to be dressed as Buddy the Elf! See the Deadline article for more information on this.