The Golden Globes Kind Of Suck 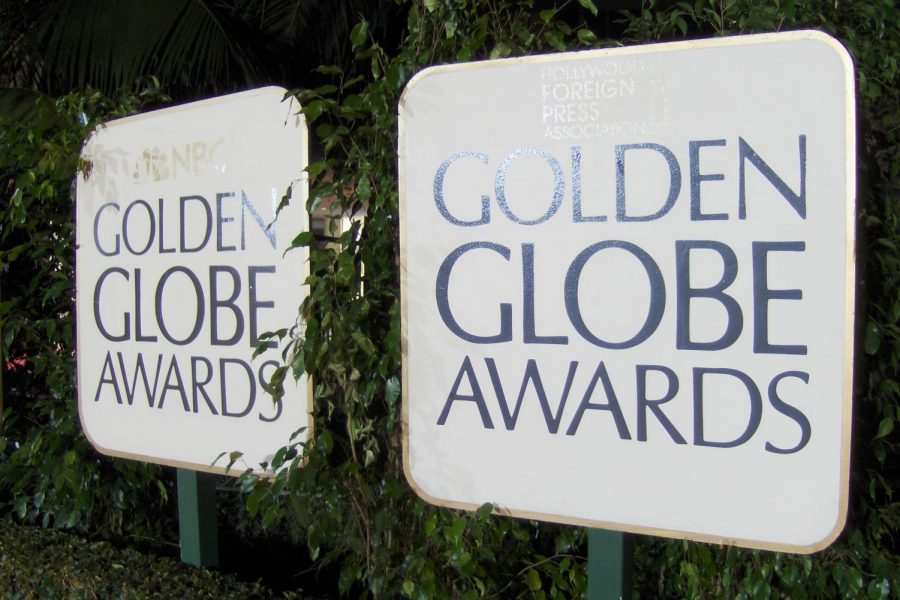 The Golden Globes are happening on Feb. 28th at 8 p.m. EST. The ceremony has garnered criticisms for their questionable nominations and internal issues.

Every year, without fail, people are up in arms about the weird, unexpected, or just plain boring and uninspired Golden Globe nominations. Despite the fact that the ceremony is pushed back two months, this year isn’t any different. As the nominations came out, the internet asked a variety of questions, such as: Why wasn’t Spike Lee’s Da 5 Bloods not nominated for anything, despite his children being this year’s Golden Globe Ambassadors? Why does Sia’s controversial new film Music have two nominations despite having a 17% score on Rotten Tomatoes? Who is the HFPA? Why are they making these peculiar choices? While we’ll never know the answer to some of these questions, it’s not hard to find information about the nominating committee and the ceremony itself. However, that just reveals that the Golden Globes shouldn’t be as revered as it is.

Many have been curious about who exactly votes for the nominees and winners. The Hollywood Foreign Press Association has put on the Globes every year since 1944, and the members also make up the voting body. Surprisingly, there are only around 90 members of the HFPA. True to the name, all of them are international journalists based in Southern California who cover Hollywood. Members only have to write a handful of articles each year to keep their membership. For comparison, the Academy of Motion Picture Arts and Sciences is comprised of over 9,000 industry professionals who represent 17 different branches, such as directors and actors.

A Vulture report on every HFPA member as of 2015 illustrates the varying reputability of the members. While some are prolific writers in their countries, for others you’ll be hard-pressed to find a single article from them. Yes, they do write in foreign publications, but for members of such a revered and important organization in Hollywood, you’d think they’d have ample proof of their credibility on hand.

Another report on the HFPA’s membership in the Los Angeles Times alleges that the organization has turned down well-credentialed applicants because they might create competition with other members. “Lots of members aren’t serious journalists. We admit people that are not real journalists because they are not a threat to anyone,” said an anonymous member.

The HFPA’s integrity has also come into question. There’s always a few nominees that make people think, “Who did they bribe to get that?” There’s never been evidence of any straight up bribes to HFPA members, but that doesn’t mean they can be easily swayed. It’s no secret that studios spend millions of dollars to promote their films to awards voting bodies, hosting screeners and putting out ads to get their attention. The HFPA’s small population makes them an easy target for that.

During his acceptance speech for the Cecil B. Demille Award at the 2016 Globes, Morgan Freeman recounts the time when his agent took him to an HFPA luncheon: “He said, ‘They’re gonna watch the movie, we’re gonna feed them, they’re gonna come over, you’re gonna take pictures with everybody, you’re gonna hold the magazines, take the pictures, and you’re gonna win the award.’ I won that year.” Potential nominees and winners are able to get up close and personal with HFPA members, which has serious effects on their Globes success.

Another stain on the Globe’s reputation is their exclusion of diverse nominees. Despite making history and nominating three women in the Best Director category this year, they still faced a lot of criticism. Only two women of colorーViola Davis for Ma Rainey’s Black Bottom and Andra Day for The United States Vs. Billie Holidayーwere nominated for acting, despite a wide range of talented actresses of color to nominate (to name a few: Michaela Coel, Yuh-Jung Youn, Dominique Fishback, and Nicole Behrie all gave amazing performances this year).

They have also faced controversy over relegating American films that are not at least 50% in English to the Best Foreign Language Film category. This happened this year with Minari, a film about a Korean family adjusting to new life in America that was produced by A24, an American company.

The Golden Globes’ problem with racism has hung over the ceremony, making it seem less and less legitimate, especially after the #OscarsSoWhite controversy. While the Academy has tried to diversify its voting body, the HFPA is behind, having no Black members. That fact is obvious when looking at the exclusion of Black-lead films this year in many categories, such as Da 5 Bloods and One Night In Miami.

We can obviously do better than the Golden Globes. Why do we give the awards show so much reverence and prestige when its winners are picked by a small selection of writers who can be easily swayed towards movies and performances that aren’t as deserving as others? The winners don’t even impact Oscar voters as much as they did years ago because of the smaller gap between the Globes and the Oscar voting period, so why bother paying attention to them?

The answer is simple: it’s because they’ve always been there, and they can provide some good entertainment. As Mark Harris puts it in Vanity Fair, “They give us something fun and boring and entertaining and appalling and excessive to watch for three hours, and they evaporate moments after the last winner’s name is read, as the carnival moves on and the 90 or so foreign journalists who decide the winners vanish for another year.” Whether you like it or not, the appeal of watching half-drunk celebrities give lukewarm acceptance speeches is great enough to keep people watching. Even for those who are already over the awards show, the nonsensical decisions of the HFPA can be fun to dunk on.

The Golden Globes shouldn’t mean anything in terms of prestige or credibility, but people will continue to watch anyways, keeping the show afloat year after year. Just don’t take itーor any awards show for that matter, but the Globes especiallyーtoo seriously, and make your own judgements on whether or not an actor, movie, or show deserves recognition for their stellar craft.