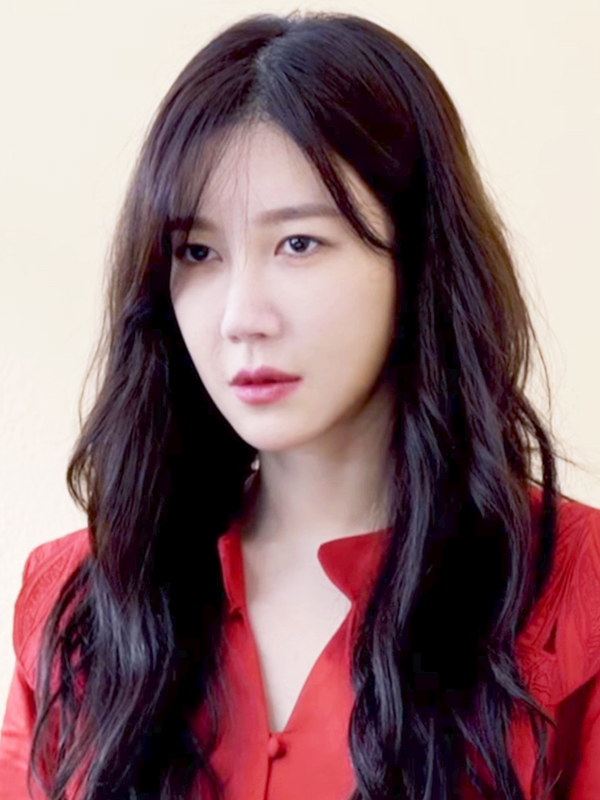 South Korean actress Lee Ji-Ah plays the role of beloved character Sim Su-Ryeon in the Penthouse series. Su-Ryeon is the wife of antagonist Ju Dan-Tae and the biological mother of Min Seol-Ah. For anyone who watches this series, she is certainly one of the most loved characters throughout the show. “All of the actors and actresses are breathtakingly gorgeous, so there’s definitely gotta be some appeal [to view the show] behind that,” said Schultz.

After the intensity and roller coaster of emotions I received from Season 1 of the Korean drama, The Penthouse: War in Life, I then started to catch up on available episodes of Season 2. At the beginning, I was concerned Season 2 would not give off those intense mixed emotions that the first season did as well. However, with the mix of intense fighting scenes to extreme revenge plots being carried out to emotional reunions up until the very end, Season 2 did not disappoint one bit in upholding the Season 1’s reputation as well.

With regards to the storyline of Season 1, it’s primary focus looks closely at what situations wealthy people can manipulate with the power they possess. Specifically in Season 1, there are essentially two big storylines to the plot. The first one follows Bae Ro-Na, a student passionate about music who wants to attend Cheong-A Arts School. At first, her mother is not supportive due to a violent experience she encountered from the past that prevented her from following her dreams with music. Eventually, she does whatever she can in order to help her child fulfil her dreams. The other major storyline revolves around the death of another young child named Min Seol-Ah who dies at Hera Palace, which is where all of the wealthy families reside.

“At only three minutes in, I’m pretty interested. I like how quickly everything happened; just in the first episode, a great number of characters were introduced where their background and personalities were made clear,” said Audrey Schultz ‘22. Schultz has never watched a Korean television show. In order to get a completely fresh set of eyes on the show, I recommended that she watch the first episode of the series in order to receive a fresh perspective for someone else who may be skeptical by the idea of watching something new [i.e. the show being in a different language] to which she did.

Although Season 2 slightly shifts with a newer focus regarding the plot that was previously in Season 1, it still follows the rich and the many secrets they can hold. One element that makes Season 2 different is the larger scale of revenge that begins to take place. In Season 1, there is a character with a certain revenge plot, however, Season 2 has multiple characters that have the goal of seeking revenge on someone. With this revenge element, the show does an incredible job at keeping the viewers interested since the audience feels a range of emotions from anger, sadness, and excitement. As someone who watches a lot of shows and movies, I love that this show has this type of ability to make their audience feel different emotions in one story. I think a large part of entertainment relies on how a viewer may feel as they watch. As I watched, the range of emotions I felt is what kept me completely engaged in the story. I wanted to learn more and more as I kept watching.

Another aspect of this show that engages the audience further is the amount of character development, or in some cases, a character’s downfall when it comes to their personality. There are two characters that come to mind as examples. In terms of a character with great character development, I would say the best example is Ju Seok-Hoon. At first, Seok-Hoon is a bully like the rest of the wealthy kids in the show. A large part of this is due to his abusive father, Ju Dan-Tae, who is the main antagonist. However, Seok-Hoon develops a relationship with Bae Ro-Na who helps him become a better person. His development really shines in Season 2 especially. “My favorite character has always been Ju Seok-Hoon. Seok-Hoon showed some amazing character development, and went from being a bully to being someone who cared for others. His character is very interesting as his life has been particularly unfair in previous years, but since that time he’s become stronger and more confident standing up for himself,” said Kerry Caulfield. Caulfield has seen multiple Korean dramas, but currently her attention has been completely on the story in The Penthouse series. On the other hand, Ha Eun-Byeol is a character who downgrades as the show progresses due to her mental health. In the beginning of Season 1, she is kind to Min Seol-Ah but as Season 1 progresses, she is consumed with guilt over Min Seol-Ah’s death because she does end up taking part in bullying Seol-Ah. In Season 2, she experiences even more guilt due to a violent act she commits on Ro-Na since she is extremely jealous of her talent in music. This further takes a toll on Eun-Byeol’s mental health.

Finally as someone who binged both Season 1 and Season 2, it was directed and filmed phenomenally. For me personally, the actors and actresses did an incredible job with the portrayal of their characters. Specifically in Season 2, Ju Seok-Hoon has a very emotional reunion with his mother after it was believed she was killed. The actor, Kim Young-Dae, does an incredible job with this scene. His emotions match perfectly and the viewer is really able to connect as if we’re there and reuniting with them physically. Additionally, the way the entire show was filmed feels very precise as if the directors wanted to convey certain messages with some of the specific filming techniques that were used. “The shots are more close ups of faces, and zooms toward characters, inviting the viewer in. The characters no longer seem like people you are viewing from afar, but rather ones you know intimately. The close up of the mouth of the singer, for example, pulls you close to the character and helps understand her internal motivations,” said Victoria Flaherty. Flaherty is the film studies teacher at Hollis Brookline, therefore, she has a lot of understanding when it comes to certain filming or directing techniques.

Season 3 of The Penthouse will reportedly air on June 4, 2021 every Friday with a total of 11 episodes.