Students get coined by Veterans 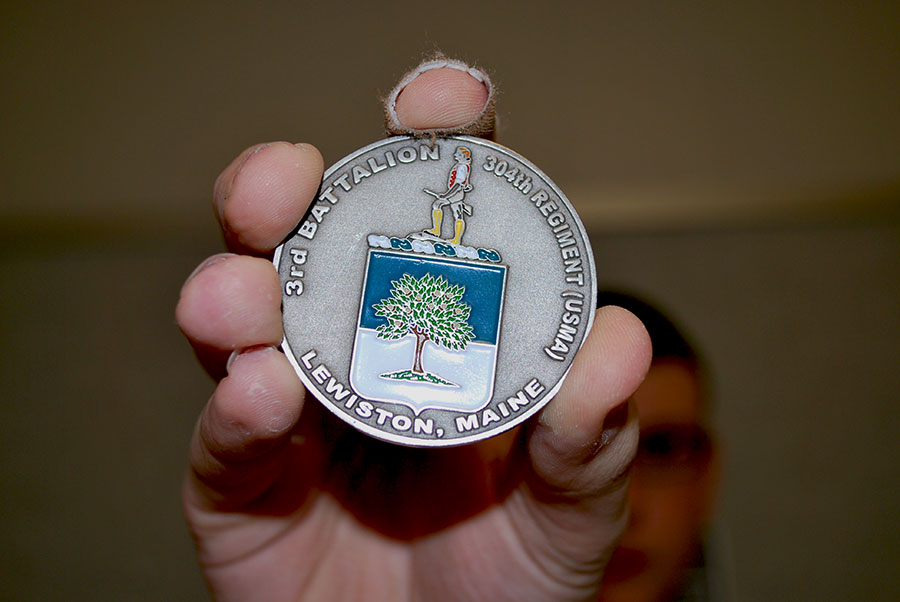 Ethan Sanborn and the military coin he earned.

On November 7, 2013 it was not only the day to celebrate the Veterans in Hollis Brookline High School’s annual assembly, there was more there than meets the eye. Three students, members of the Homefront club, were coined by Command Sgt. Major David Sanborn.

Prior to the assembly, the club was working on posters and organizing the assembly to be the best over the past three years. “I was moved by the outpouring respect that the students showed to the Veterans.” said Trevor Duval, who is the advisor of the Homefront Club. Ethan Sanborn 16, stated “People were giving a lot of attention to the veterans.”

Vice President of the club, Ethan Sanborn 16’, his father attended assembly last Thursday, from having just returned from being overseas. During lunches on Thursday, students were welcomed to greet the vets and thank them for their service. During third lunch, Ethan Sanborn, Veronica Abt, and Mackenzie Riel were coined by Mr.Sanborn himself. Coining is the process that once took place only within the military when a solider of a higher rank would gift a coin containing their branch to a soldier who they believed showed great bravery and brotherhood. They began giving them to civilians as a sign of welcome, respect, and thanks for an act of kindness or great responsibility. Veronica Abt 14’ said, “When he was first getting them out it was amazing to see. His words were so powerful. And to have the veterans honoring us, and clapping for us was awesome.”

Many staff members raved about the commitment of the students following the assembly. True emotion and true honor was shown that day. Thank you veterans and thank you Homefront.