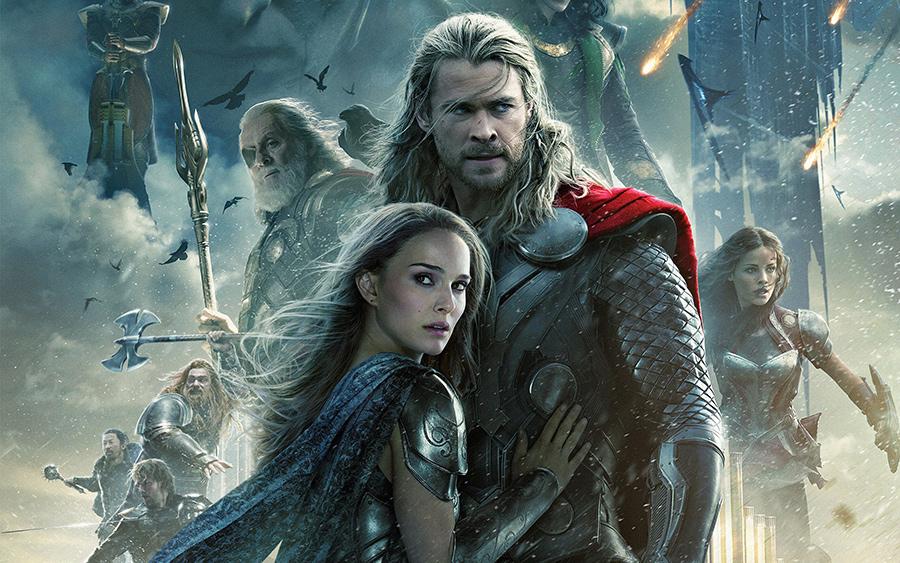 Thor 2: The Dark World was released in theaters on November 8, 2013 and is a huge hit for Marvel fans

One of the most anticipated superhero movies since Man of Steel was released in June, Thor: The Dark World was released in theaters November 8, and has superhero fanatics around the world buzzing. The newest addition to the Marvel Universe and the world of Asgard, the second part of the Thor series expands upon the storyline from both the series’ first film and Marvel’s blockbuster release of The Avengers, and adds a whole dimension for fans to enjoy.

The film used typical Marvel storytelling and cinematography, with their action-packed scenes alongside little bits of humor, to keep the viewer intrigued and entertained throughout the entire film and never unsatisfied with what was happening. The use of special effects to create the world of Asgard and the destruction caused throughout the movie had viewers’ jaws dropping at points, and wondering if, when, and how it would stop.

To add on to the visual appeal of the movie, the character portrayal by the actors actors for the film were perfectly. With Chris Hemsworth returning for his role as Thor, alongside Natalie Portman playing love interest Jane Foster, and Tom Hiddleston playing fan-favorite villain Loki, the actors had a great chemistry that carried throughout the film and produced high-quality results. To add onto the already established characters, Marvel appealed to their comic fans with the introduction of new villain Malechith and some new struggles for Thor to endure in his Asgard life, and further added to the long running story that will be continued for years to come.

Thor: The Dark World is a movie that will appeal to any superhero fan, and will leave any fan of the Marvel Universe waiting in suspense for the next movies in “Phase Two” of Marvel’s Avengers, starting in April of 2014 with the release of Captain America: Winter Soldier. Any fan of superhero movies will thoroughly enjoy the newest addition to the Thor series, and the trip to the theater to see the film will be well worth it.