Garside and Farrell hope to shine in Shrine and CHaD games 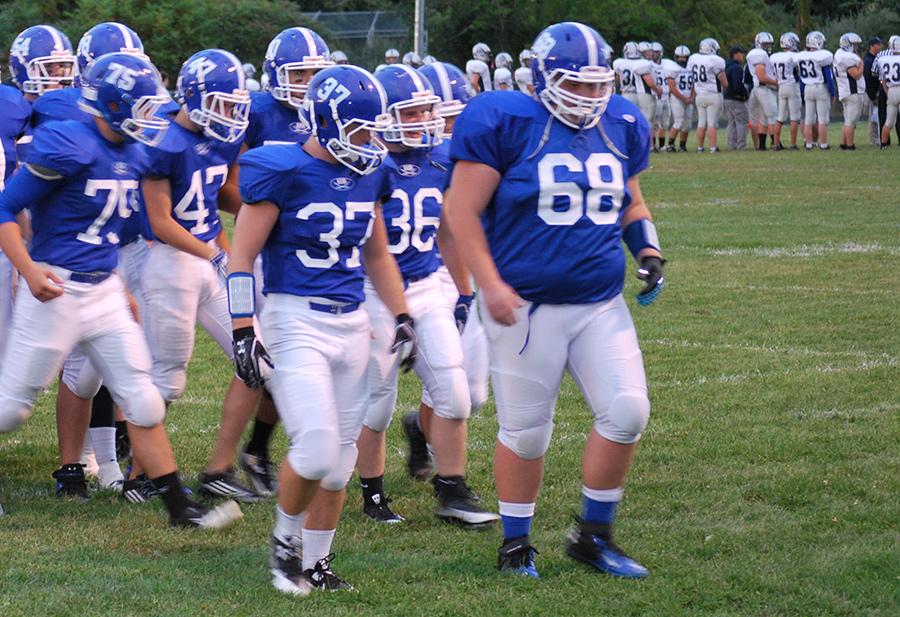 Shea Farrell, #68, is one of Hollis Brookline's nominees for the Shrine and ChaD All Star Games

After a football season filled with ups and downs for Hollis Brookline, two of their players have been nominated to represent New Hampshire in two different all-star games, the Shrine Maple Sugar Bowl and the ChaD East-West All-Star game. Seniors Shea Farrell and Nick Garside, a lineman and wide receiver respectively, were nominated with the chance to be selected for both teams, and will receive a decision in December on whether or not they will be playing.

The Shrine All Star game is where the best players from New Hampshire square off against the best players from Vermont, in an interstate battle for supremacy. The ChaD game on the other hand is specifically for New Hampshire players divided into two teams, East and West, and the proceeds that come from the game will go towards CHaD (Children’s Hospital at Dartmouth-Hitchcock). Farrell was proud of the fact that he was being looked at to play in the games, especially with the effect that CHaD has had on his family. Farrell said, “It’s an honor to be nominated by our coaches. It would be an honor to play in the CHaD game, especially after all they’ve done for my sister and family.”

Farrell and Garside both have to wait to hear the decision on if they will be playing, but still realize the recognition of their work just by being nominated. Garside said, “It’s a great honor and pleasure to be nominated, and even if I don’t make the team, I will be happy just being considered.” The two players hope to make the team and play the games in the spring, but their hard work and accomplishments from this past season are being recognized, and they appreciate the fact that their work is being noticed.