Holiday air travel: How safe are we? 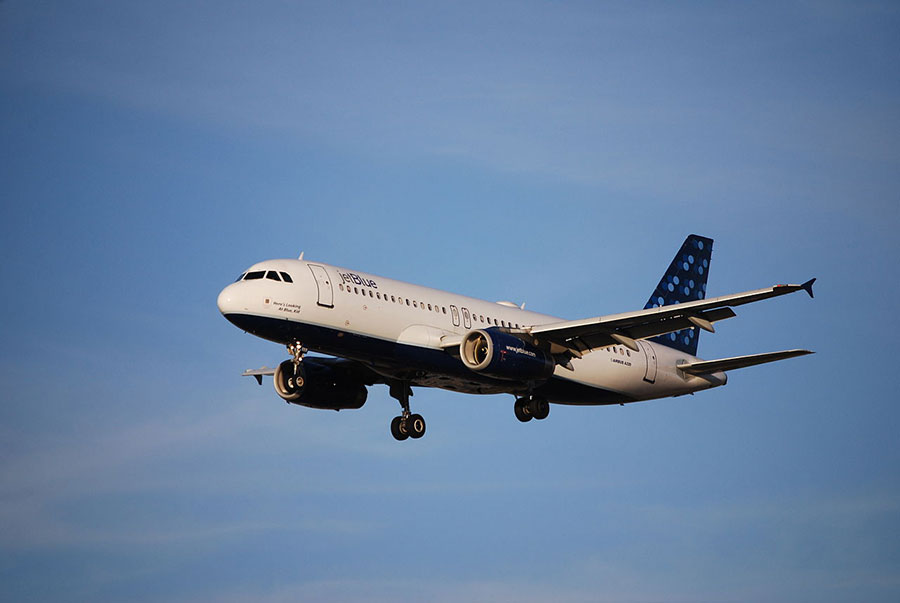 Jet Blue is a popular airline for people who wish to holiday travel.

With a staggering 34.1 million travelers taking to the sky for Labor Day weekend, American Airlines surpassed their record for that day by 2.41 million. An estimated 25 million people will be flying for the Thanksgiving holiday this year, and airlines have yet to predict Christmas travels. Even though security in airports has increased dramatically since 9/11, security outside the airport hasn’t.

Following the recent airport shooting in Los Angeles, people are wondering how such an event could have happened in such a secure place. Major airports such as Logan, JFK, and LAX have heavy security inside the airport before the terminal run by TSA agents. Many people have been caught for carrying knives, pocket blades, and small offenses such as nail clippers, but not for terrorism. Before the TSA gates, there are no security points. The only security outside the airport is the police.

When you travel this holiday season, be prepared for long lines and TSA screenings. The airports around the country are likely to be busier this holiday season than ever before, and security will remain at a high caliber, especially with the recent shooting at LAX. In order to expedite your time at airports, make sure to follow all safety standards set by the TSA. If you’re unsure about requirement s, feel free to check out www.tsa.gov for traveler information, a list of prohibited items and carry-on regulations.