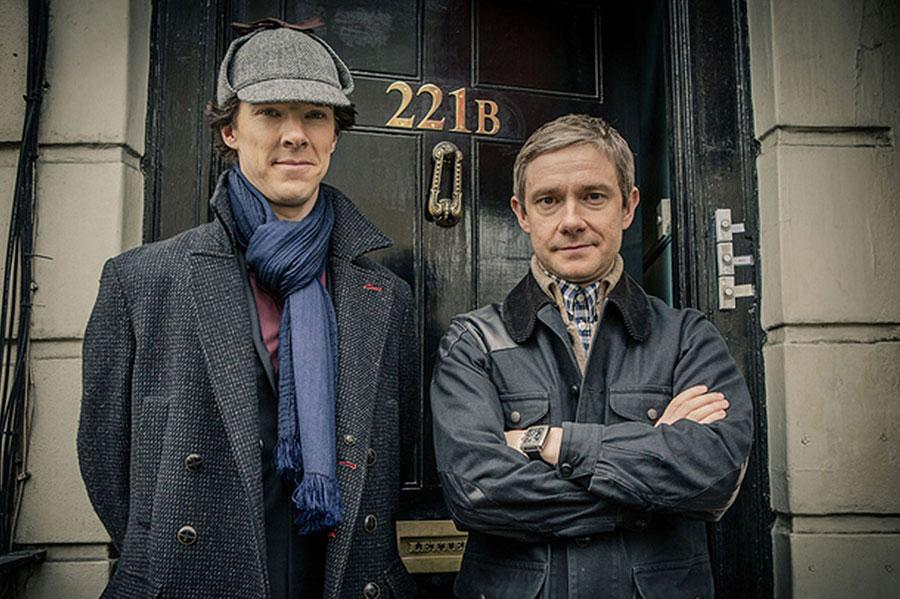 BBC's Sherlock is back for its third season, and airing on PBS in the US

Many interpretations of Sir Arthur Conan Doyle’s Sherlock Holmes have had their claim to fame. From the meticulously to-the-text Granada with Jeremy Brett taking the lead, to the big screen version with Robert Downey Jr, there have been countless portrayals of the famous literary sleuth to claim the hearts of fans. One popular television series from BBC takes a modernized twist to Doyle’s tales known simply as Sherlock, starring Benedict Cumberbatch with Martin Freeman by his side as John Watson as they solve crimes in present day London. With the finale to its third season fast approaching in the US, there are many fans who are excited about the show’s new episodes and how the season will end. One fan within Hollis Brookline, Tyler Ellis, ‘14, said, “It’s definitely a show that I really enjoy, and I’m looking forward to how this season turns out.”

This series, unlike many shows in the US, airs with three episodes per season. This may not sound like a lot, but each episode is approximately ninety minutes long. This may require an extended hiatus between seasons, but most agree that the wait is definitely worth it. “The wait is a bit long, but the quality of the show is phenomenal,” Carly Mack, ‘17, said. However, the fourth season may come as soon as this coming Christmas according to Yahoo, which is much earlier than the two-year waiting period in the past.

The popularity of Sherlock has only escalated since its first arrival on the TV screen, drawing in 8.8 million viewers at the finale in the UK alone. There’s even growing viewership in the US with over four million viewers tuning in to season three’s first episode, “The Empty Hearse”. There are several contributing factors to the steadily growing fanbase, especially with Cumberbatch taking on popular roles in several films including Khan in Star Trek: Into Darkness last year and Freeman as Bilbo Baggins in The Hobbit films. Another would be the cliffhanger at the last episode of season two, fans around the globe were anxious to find out how the great consulting detective managed to fake his death in order to save those whom he held most dear.

One part of the brilliance that keeps fans coming is the how the characters are played on-screen. Mack describes Cumberbatch’s Sherlock as “on steroids”, especially with his precise, method-acting that he applies to the role. “Most of the interpretations I’ve seen has him as really classy, but this one seems crazier somehow.”

However, some find enjoyment beyond just the actors’ portrayals of these beloved characters. “I love the writing for the show, and the cinematography is amazing,” Ellis added. With clever connections to Doyle’s original stories, stunning cinematographic effects, and a sharp-edged wit, this show keeps its audience engaged in its cleverly-crafted storylines.

The Empty Hearse and The Sign of Three have already aired, but the finale to the third season will be shown as a part of Masterpiece Mystery on PBS this Sunday, Feb. 2 at 9:58 p.m. As Ellis added, “Anyone would like this series, especially if they’re into witty humor, detective stories, or if they’re into Arthur Conan Doyle’s original stuff. It’s a really great show.”