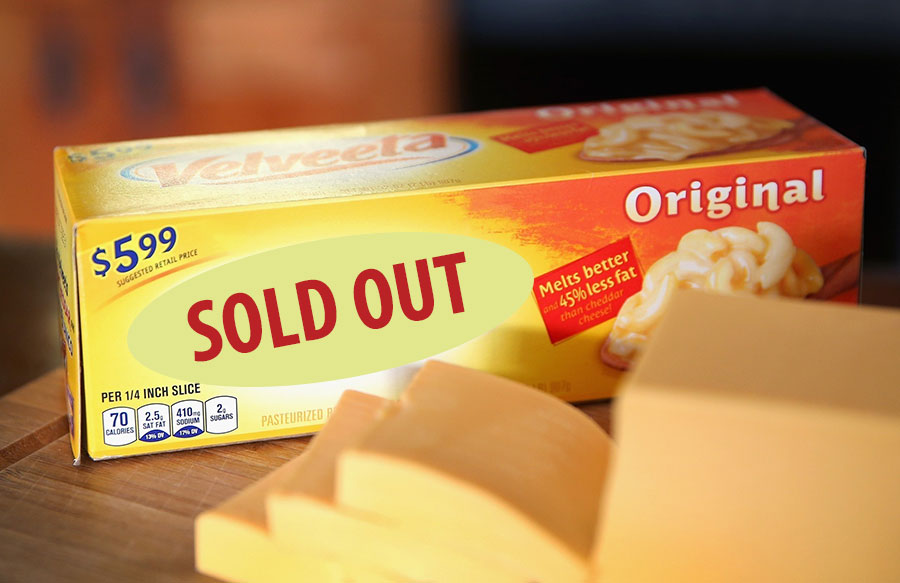 The shortage is said to be over by the end of February.

Kraft recently reported that the recent shortage of Velveeta may continue until well after the Super Bowl. So for all you football fans be sure to have another cheese brand ready for backup. According to NBC News two memos were released earlier this year informing consumers of the looming shortage. What may be the cause you ask? Kraft informed its customers that production lines are being moved from one plant to another. Because of this change there have been some difficulties creating the mass amounts of cheese usually needed for around this time of year. One mustn’t fret too much however because the shortage is said to be over by February 23, if not earlier. These sources remained unnamed based on the fact workers aren’t allowed to speak publicly. For those who still crave a tasty cheese dip, the recipe below is a great alternative to your favorite bright orange cheese.

Stir together the salsa, crema, and all but a small handful of the pepper strips in a heavy round 8 by 3 inch deep flameproof casserole or heavy 8-inch pot. Bring to a boil over medium heat and cook until lightly thickened, about 4 minutes.

While the sauce is simmering, warm the tortillas.

Add the cheese to the salsa mixture all at once and stir until melted, about 4 minutes. Remove from the heat and stir until smooth. Scatter the remaining chile strips and the cilantro over the top and serve immediately, letting guests spoon some of the queso fundido onto the warm tortillas and eat them out of hand.