Spirit Squad ready to show off their stuff 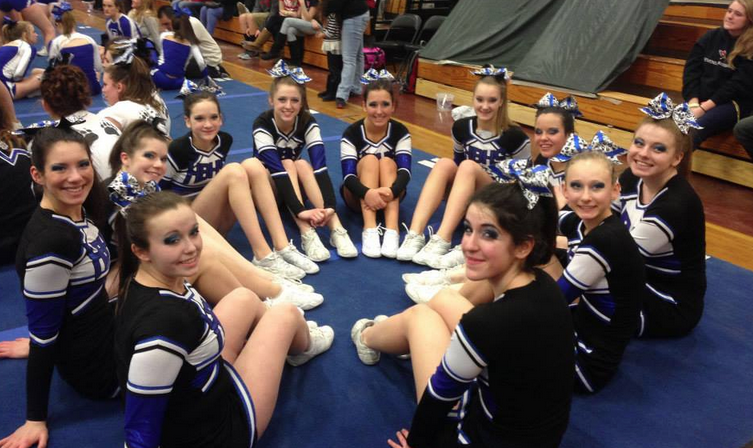 The Hollis/Brookline Spirit Squad is in the midst of their run to the state competition, and have encountered multiple different obstacles on their way to qualifying for the DII State competition at Southern New Hampshire University on March 16. The team has competed in three competitions so far, placing second in the Capitol City Classic in Concord, and seventh in the Division II Preliminary Competition on March 9 at Pinkerton, which qualified them for the state meet on Sunday where the top eight teams compete for a Division II Championship.

The team has overcome many issues over the last four months, whether it be an injury, a mental issue, or the overall struggle that comes with the winter weather and cancellations. However, Nicky Wholey, ‘14, believes that this team has been tough enough all year to grab these issues by the horns and ride them out this year and still succeed. Wholey said, “We have had a tough season, but we have also had a group of girls willing to roll with the punches and work with through the struggles.” Wholey is also confident that the team will be able to perform at a high level at the state meet, especially after the last few competitions they have had. “This is probably the most talented I have ever seen our team. We did awesome at our last three competitions, and I have no doubt that we will do great next weekend too,” Wholey said.

The team will be competing on Sunday, March 16 at the Southern New Hampshire University, and hopes to continue the success from their past few competitions.